The deceased who is said to be an active youth in the Umuezekwe political ward of Ihiala LGA, was found in the early hours of today dangling from a mango tree. The reason for committing suicide is yet unknown.

“He was a single unemployed young man who had completed his SSS exams, with the hope to excel in business after schooling. One of his uncles also committed suicide at youthful age decades ago. The family had to subject itself to spiritual cleansing to avert recurrence of the unfortunate incident.”

The body of the deceased has since been thrown into the thick forest according to Igbo traditional rights. His relative said efforts are being made to bring in traditionalists who will cutoff the orange tree and sanctify the compound. 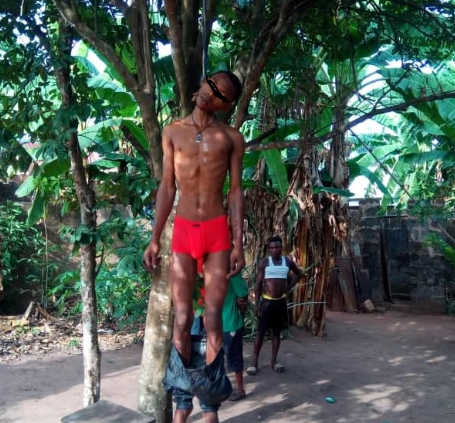 Author Beta Gist Naija StaffPosted on August 4, 2019
As Federal Operation Unit (FOU) Zone ‘B’ of the Nigeria Customs Service (NCS) made 623 seizures, including 153 vehicles and other items, Comptroller in...
Read More

Author betalensPosted on January 15, 2020
Ahead of his rematch with Deontay Wilder next month, Tyson Fury has revealed what he has been up to. At a press conference on...
Read More