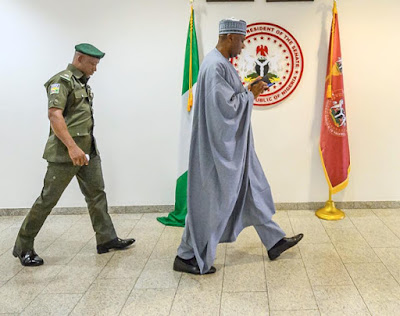 There is anxiety in the All Progressives Congress (APC) caucus in the Senate over alleged moves by the outgoing President of the Senate, Bukola Saraki, to influence the emergence of new leaders.

“Saraki is leading an influential group in the Senate, comprising principally the PDP senators and some members of the APC caucus who crave his influence to win the support of the PDP caucus.

“He is still working on the 2015 template with which he emerged as Senate President with the candidate of the opposition PDP caucus, Ike Ekweremadu, as Deputy Senate President.”

A source told The Punch on condition of anonymity that Saraki had planned to contest the position of the President of the Senate again if he had not lost the last National Assembly election to the APC’s candidate, Dr Oloriegbe Ibrahim.

Findings revealed that the PDP group met last week at the Maitama residence of Saraki where some PDP senators-elect were said to have resolved to influence the emergence of new Senate leaders.

The group, according to investigations, planned to support any APC senator that was amenable to its proposal to accommodate the PDP caucus in the Senate leadership.

According to sources, they are interested in retaining the position of the Deputy Senate President.

The source said, “The group has come up with Plans “A”, “B” and “C”, preparatory to the horse-trading that is expected to characterise the race for the position of the Senate President.

“If it becomes difficult for the group to activate Plan “A”, it was agreed that it should support Senator Danjuma Goje (APC, Gombe in North East) who, according to members of the group, was more amenable; and, they believe that with him, they could win the position of Deputy Senate President.

“The group’s Plan “C” in case plans “A” and “B” fail is to support Senator Ahmed Lawan who they believe would not act to adversely affect the group’s interests.”

Another source said, “We have 42 senators-elect already. We need just about 14 senators from the APC to disagree with the zoning arrangement of the party and pitch their tents with the PDP.

“The APC cannot afford to have two candidates for the position of the Senate President. If they do, the PDP will take over, either directly or by putting a friendly person there.

“Our meeting last week was to ensure that we act in unity in order to strengthen our relevance in the 9th Senate.”

Attempts to get the reaction of Saraki through his Special Adviser on Media, Yusuf Olaniyonu, on Sunday evening failed as calls made to his mobile phone did not connect. He had yet to respond to a text message sent to him as of the time of filing this report.

However, the Senate Leader, Ahmad Lawan, who had declared his intention to contest the position, told The Punch in an interview that his colleagues would act in unity to ensure that the APC takes over the leadership of the 9th Senate.

Lawan said, “We have learnt our lessons as a party. I believe that the issue of the National Assembly leadership will be given maximum attention to ensure that the two chambers have leadership that would function well and collaborate well with the executive for good governance.

“Many of us in the APC believe that we are going to listen to what our party will advise us to do and follow our party’s instructions. 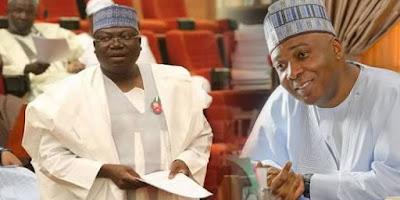 “We are looking forward to all party members, as committed progressives, to obey what our party and our leaders would want us to do. I believe that our party and leaders will turn their attention to how the leadership of the two chambers of the National Assembly would be constituted as soon as the supplementary elections are over.

“They say once beaten, twice shy. We cannot possibly forget, very quickly, what we have been going through in the last four years or so.”