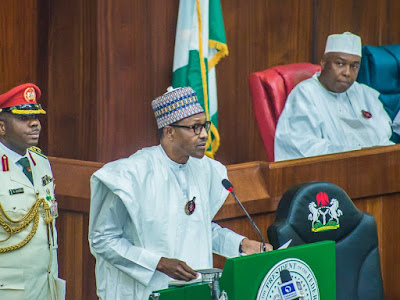 President Muhammadu Buhari dined with serving APC senators and senators-elect at the New Banquet Hall of the State House. The meeting came on the heels of a similar parley between APC National Chairman Adams Oshiomhole and House of Representatives members-elect at the Shehu Yar’Adua Centre in Abuja.

At the President’s meeting with the lawmakers were

Oshiomhole and Secretary to the Government of the Federation (SGF), Boss Mustapha, were also present.

Although, details of the meeting were unknown, it is believed to be connected with zoning and selection of the leadership of the Ninth National Assembly.

Unlike in 2015 when the leadership was hijacked by senators, against the wish of the APC leadership, the ruling party is determined to ensure that its wishes prevail now.

The dinner, which started around 8pm, was still in progress at the time of filing this report. 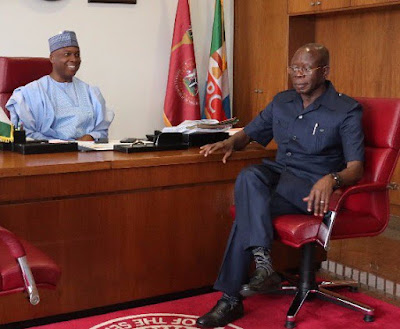 Also yesterday, Oshiomhole ruled out the possibility of the ruling party sharing legislative powers with the opposition Peoples Democratic Party (PDP). Giving an insight into what to expect from the Ninth National Assembly, the party chair insisted that the mistakes of 2015 would not recur.