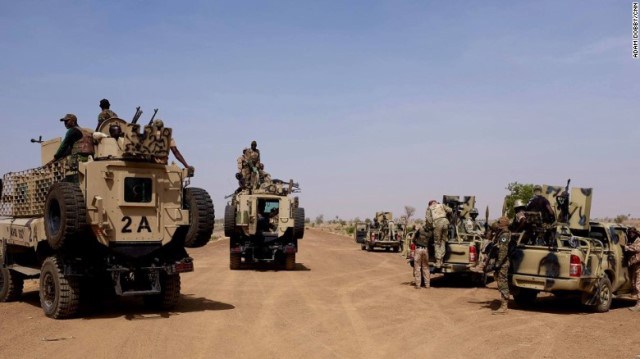 The Chief of Army Staff,Lt. General Tukur Buratai,Monday, ordered immediate total crackdown on the Indigenous People of Biafra,IPOB,over threat to disrupt the forthcoming elections in the South East.
To this end,he has ordered smooth execution of Operation Safe Conduct, which he noted,was for to assist in successful conduct of the coming elections.
Buratai,who also said the Nigerian Army had information at its disposal that there were subversive motives by “some unpatriotic groups aided by foreign conspirators to scuttle the peaceful conduct of the 2019 general elections in some parts of the country”,warned “such detractors to immediately mend their ways”.

Speaking at the Chief of Army Staff Operations Conference, in Abuja,the army chief said the Nigerian Army was working closely with the Police and other security agencies to ensure an enabling environment for the good citizens of the country to exercise their civic rights.

” In this regard, GOCs and field commanders at all levels are to deal decisively with any form of security breach,”he ordered.

Hear him:The activities of the outlawed Indigenous People of Biafra (IPOB) and their splinter groups in the South Eastern part of the country is gaining momentum as the group is threatening to disrupt the 2019 electoral process.

“Their excesses must therefore be clamped down immediately.”

He added:”Furthermore, the political clashes in Taraba State and a few other states, call for enhanced liaison between commanders, the Nigeria Police and other security agencies in order to de-escalate tension as quickly as possible.”