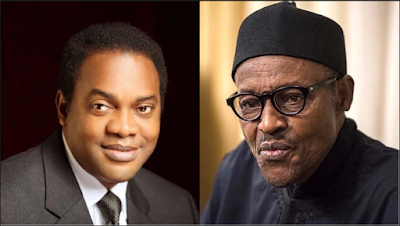 A former Cross River State governor, Donald Duke, has said he is still the presidential candidate of the Social Democratic Party (SDP) despite Thursday’s endorsement of President Muhammadu Buhari by the party’s National Executive Committee.

Duke made his position known in a statement he signed personally.

“For the avoidance of doubt, I, Donald Duke, remain on the ballot and the candidate of the SDP as recognised by the Independent National Electoral Commission.”

The former governor described the decision of the party’s NEC to adopt Buhari as unfortunate.

“I need not say more; suffice that I remain on the ballot and thereby still present myself as a candidate for the office of the President of the Federal Republic of Nigeria,” he added.

Meanwhile, a presidential aspirant on the platform of the SDP, Professor Iyorwuese Hagher, on Friday declared for the presidential candidate of the Peoples Democratic Party, Alhaji Atiku Abubakar.

Hagher, who addressed journalists in Makurdi, distanced himself from the decision of the party’s National Working Committee which endorsed the APC presidential candidate, President Muhammadu Buhari.

The decision by the National Executive Committee of the Social Democratic Party to endorse Buhari, according to the party, was informed by the protracted legal squabbles within the party which had made the party unable to commence campaign.

Hagher, a former minister said, “The action negates the spirit and the motto of the SDP to support the APC in the forthcoming presidential election.”

The former ambassador to Mexico described the decision as “extremely unpopular, largely motivated by nothing more than selfishness, greed and arrogance of the SDP leadership.”

He said, “I, Professor Ambassador Iyorwuese Hagher, and my team, the Revolution of Hope, have received with shock, disbelief and horror, the decision of the party leaders of the SDP to support the APC in the forthcoming presidential elections!

“This action totally negates the spirit and the motto of the SDP which is “Peace, Unity and Progress.” The action amounts to one political step forward, two lock steps backwards.

“It is no longer the SDP of Moshood Abiola. They have systematically destroyed democracy in the SDP and put up the party for sale.

“As a major stakeholder of the party, I hereby denounce the decision to sell the SDP to the APC. I will never succumb to the pressure to return the country that I loved dearly and wanted to be its president to brutal dictatorship and fascism.” 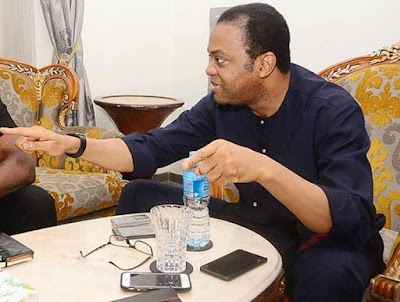 He added, “I therefore call on all SDP supporters nationwide to reject being sold to slavery, incipient dictatorship, oppression and recurrent insecurity.

“This unpopular arbitrary decision of a few insensitive and wantonly parasitic party leaders is a grave betrayal of loyal SDP members nationwide who have endured senseless arbitrariness, terrible greed and the painful process of building the party.”