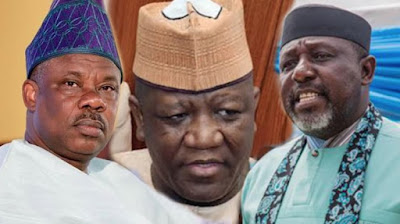 Ahead of May 29, 2019, handover date to newly-elected states helmsmen, the Economic and Financial Crimes Commission has set up teams to probe some governors accused of perpetrating acts of corruption.

At least 12 states will have new governors on May 29 after the tenure of the current ones would have ended. Of the 12 states, however, four governors have been accused of corruption.

Okorocha, who has been suspended by the APC, has been accused of diverting over N1billion meant for the campaign of his son-in-law, Uche Nwosu, who contested on the platform of the Action Alliance.

The EFCC said in an interim report that it had arrested the Accountant-General of Imo State, Uzoho Casmir, for allegedly helping Okorocha to launder N1.05bn for the governorship and state House of Assembly elections.

In Zamfara, the EFCC is investigating Yari for alleged diversion of funds running into billions of naira.

A Federal High Court in Abuja had, in 2017, ordered an interim forfeiture of the sums of N500m and $500,000 said to have been looted from the Paris Club refunds made by the Federal Government in favour of the 36 states of the federation.

The Punch gathered that the sums of money, said to have been recovered from two firms, First Generation Mortgage Bank Limited, and Gosh Projects Limited, were allegedly linked to Yari.

The EFCC alleged that the sums of money were fraudulently diverted from the NGF’s bank account on the instruction of Yari. According to the commission, about N500m from the money was diverted to offset Yari’s personal loan obtained from the First Generation Mortgage Bank Limited.

Ahmed of Kwara State, will also be invited by the EFCC once his tenure comes to an end.

His successor, Abdulrahman Abdulrazak, has also vowed to probe the governor once he loses his immunity.

Ahmed, who is the godson to Senate President Bukola Saraki, was accused of diverting state funds.

Earlier in the month, the EFCC arrested six commissioners and government officials in Kwara State for allegedly diverting N1bn a week before the National Assembly and presidential elections.

The EFCC said in a situation report that bank officials had been brought in for questioning and had made relevant statements.

Amosun, who has been suspended by the APC, has also come under probe by the commission.

The probe was sequel to a petition written by a group, Committee for the Protection of Peoples Mandate, over an alleged misappropriation of N4bn Anchor Borrowers’ Fund meant for Ogun farmers.

The group, in the petition dated February 20, 2019, alleged that the sum was made available to the Amosun-led government in 2017 by the Central Bank of Nigeria to provide jobs for the residents through the mass production of rice.

It alleged that Amosun staged a jamboree ceremony and set up fake rice pyramids to deceive the CBN Governor, Godwin Emefiele, when he (Emefiele) visited the state last year.

The group further accused the governor of abandoning the project in spite of his promise to establish rice plantations in the three senatorial districts of the state.

The EFCC may, however, have to wait till 2023 before taking further action on five governors-elect – Ahmadu Fintiri of Adamawa State; Bala Mohammed of Bauchi State; Governor Samuel Ortom of Benue State and his Akwa Ibom State counterpart, Udom Emmanuel, as well as Kano Governor, Abdullahi Ganduje, who are all being investigated for alleged diversion of public funds.

Should Rivers State Governor, Nyesom Wike, win re-election in April, the EFCC will also have to wait till 2023 before taking any action against him.

A panel constituted to investigate the electoral and other offences perpetrated during the December 10, 2016 Rivers parliamentary re-run said that it recovered N111m from 23 INEC officials.

The Chairman of the panel, Damian Okoro, alleged that three senior electoral officers collected N20m each out of the N360m given to them by Governor Wike, while the remaining officers received N15m each. 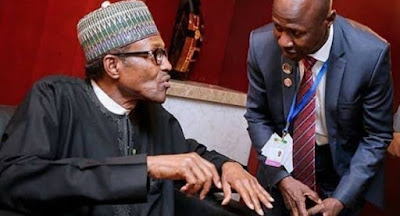 When contacted on phone, the spokesman for the EFCC, Tony Orilade, said all the corruption allegations would be treated on a “case-by-case” basis.

Orilade said, “I don’t have the full details of the cases but investigations have been going on as regards some of these cases and as soon as their immunity is gone, we will take further action and if there is a prima facie case, we will take the matter to court.

“As for those who have won and are going to be covered by immunity, it does not mean that investigations will stop. They are not immune from investigation but from prosecution as guaranteed by the constitution. And at the proper time, if there is a prima facie case, they will be prosecuted.”