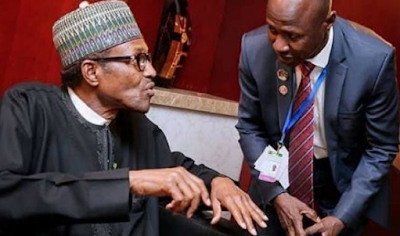 The camp of former President Goodluck Jonathan has reacted to comment by Chairman of the EFCC, Ibrahim Magu, that N1.3trillion was stolen under the Jonathan administration.

Former aide to Jonathan, Reno Omokri, in a statement advised Buhari government to face the United States which recently released a damning report on corruption fight in Nigeria.

It said Magu sought to drag Jonathan into the mix when he was expected to have used the forum he spoke to address the issues of impunity raised in the U.S. State Department report.

It reads: “The claim of a stolen N1.3 trillion public fund which Magu reiterated on Monday is not new, for the discerning members of the public, the claim by Magu is rehash of false allegations that started its ill-fated journey in 2016.

“In January 2016, Muhammadu Buhari’s prophetically named Minister of Information, Alhaji Lai (Lie) Mohammed, claimed at a world press conference in Abuja, to mark the beginning of the administration’s war against corruption, that 55 well-placed Nigerians stole a whopping N1.34 trillion between 2006 and 2013, a period covering the Presidencies of Obasanjo, Yar’Adua and Jonathan.

“Nine months later, specifically in October 2016, the Chairman of the Presidential Advisory Committee Against Corruption (PACAC), Professor Itse Sagay repeated the allegation with only a slight alteration, by alleging that about N1.4 trillion was stolen by top government officials and businessmen under the last three administrations.

“It will be recalled that in July 2015, Adams Oshiomhole, the current chairman of the All Progressive Congress (APC), had alleged that a former government minister in Nigeria stole $6bn (about N2.1 trillion). Oshiomhole said “US officials informed President Muhammadu Buhari of the alleged theft during his visit to Washington the previous month.”

“However, the U.S. State Department denied the story, asking Oshiomhole, to name the official and not drag United States into Nigeria domestic politics. The truth is that Ibrahim Magu lied and this is not the first, or second time he has lied to the public.

“It would be recalled that Mr. Magu has boasted on many occasions that the EFCC under him had recovered about N739 billion within two years, adding that over N500 billion was recovered in 2017 alone.

“However, Kemi Adeosun, the then minister of finance in the same Government at that time, decided to put a lie to Mr. Magu’s claims, by revealing in March 2018 that contrary to all the figures provided over time by the EFCC’s acting chairman, Ibrahim Magu, only N91 billion of such claims could be accounted for by the Government.

“So, instead of relying on wild and unsubstantiated allegations, I would advise Mr. Magu to focus on some facts, like the following:

“According to Transparency International, Nigeria is more corrupt today than at anytime during the five-year period of Dr. Goodluck Jonathan’s time in office.

“Whereas under Jonathan and the PDP, Nigeria made her best ever improvement on Transparency International’s Corruption Perception Index, moving 8 places forward from 144 to 136 in 2014, but under President Buhari and the All Progressives Congress, Nigeria has made her worst ever retrogression, moving backwards 12 places from 136 to 148. This is a fact.

“It is also a fact that under the Muhammadu Buhari administration arranged the recall, reinstatement and double promotion of Abdulwasiu Maina, the biggest ever thief in Nigeria’s civil service history and even gave him armed guards.

“It is also a fact under the Muhammadu Buhari administration, the Group Managing Director of the Nigerian National Petroleum Corporation awarded $25 billion worth of contracts without due process. To put this in perspective, that money can pay 1 million Nigerians the proposed new minimum wage of ₦30,000 for 4 years. This is a fact.

“Moreover, it is a fact that renowned entertainer, Mr. Charles Oputa, AKA Charly Boy, recently revealed that the spokesman for the Muhammadu Buhari re-election campaign, Mr. Festus Keyamo, paid him a nine-figure sum (at least one hundred million Naira), to attack the candidate of the Peoples Democratic Party in the February 2019 Presidential elections.

“The question Mr. Magu should answer is where did Festus Keyamo get so much money that he carelessly throws around?

“Finally, Nigerians saw clear evidence via drone imagery that bullion vans carted cash to the home of the National Leader of the All Progressive Congress, Senator Bola Tinubu, 48 hours to the Presidential election.

“Mr. Tinubu even boasted on live television that the bullion vans carried money and that it is nobody’s business. This is even as the Money Laundering Act of 2011 makes it illegal for any individual to make cash payments exceeding Five Million Naira. And provides that every cash transaction over ₦5,000,000 must be done via a financial institution. ‪

“These are the types of characters surrounding President Buhari. Characters that you will not trust with even your dog. 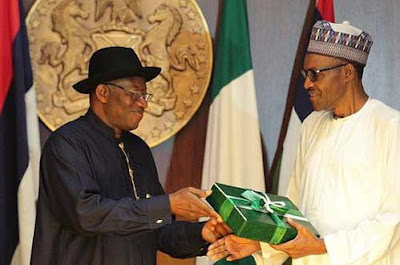 “One had expected that all these demonstrations from the US State Department among with the facts listed above would prompt Mr. Magu to change his politically-influenced blame game approach and adopt a more professional strategy. Sadly, that was not to be.

“To have simply repackaged the fable of the missing N1.3 billion at this time, shows that the EFCC boss probably thinks that Nigerians are a bunch of people with no retentive memory.

“Magu should realize that his credibility and that of the agency he leads should derive from the attention he gives to objectivity, professionalism and hard evidence. It is rather unfortunate that Magu chose to enmeshed state institution such as the EFCC into partisan politics, thereby prioritizing propaganda, deceit, half-truth and hearsay as the organization’s strategy of governance.”