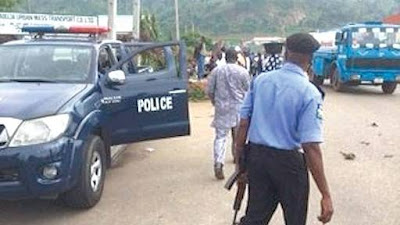 Police Command in Enugu State says it has arrested five suspected notorious kidnappers while rescuing their victim unhurt in a remote hideout.

The Police Public Relations Officer in the state, SP Ebere Amaraizu, said in a statement on Sunday in Enugu that the suspected kidnappers were nabbed on February 2.

Amaraizu said that the feat was achieved by police operatives of Nkanu West Division through well coordinated intelligence information on the kidnappers hideout located at Amakatanga axis of Agbani in Nkanu West Local Government area of the state.

The police spokesperson said that the suspects gave their names as Kingsley Nwafor, 23, residing in Aba, Abia State; Chukwu Ebuka, 28, also a resident in Aba; Nelson Morris, 24, from Owerri and Ikechukwu Onwuabueke, 26, residing in Onitsha in Anambra.

The PPRO said that the only female member of the gang was identified as Miriam Oguejiofor, residing in Aba in Abia State.

He said that Oguejiofor had allegedly abducted their victim identified as Anthony Okeke, 46, from St. Michaels Road, Aba.

According to him, Oguejiofor had allegedly lured the victim to Agbani in Enugu State with proposal of a robust deal to be executed in the town.

“It was further gathered that when the victim got to Agbani, the kidnappers surfaced and pretending to be business associates working with Oguejiofor, took him to their hideout located inside a lodge at Amakatanga axis of Agbani.

“It was learnt that the kidnappers initially demanded N10 million ransom from the victim’s relations but later reduced it to N5 million before police operatives, acting on intelligence information, swooped on them in the early hours of Feb. 2.

“The police operatives rescued the victim unhurt without payment of any ransom as well as arrested the suspects,’’ he said. 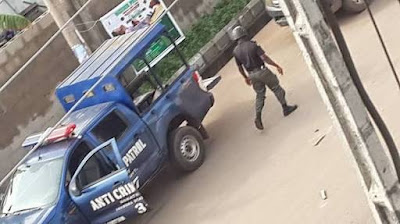 Amaraizu said that the suspects had been helping the police operatives in their investigation in relation to their alleged nefarious activities.