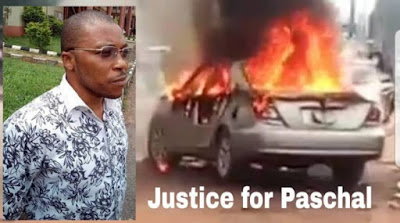 Sad story of how a man met his untimely end at the hands of angry villagers in Umuoji area of Anambra state.

The deceased identified as Paschal Chinazor Onyilo, who was a sound/music operator and even worked for the Anambra government, was wrongly labelled a kidnapper and beaten to pulp before he finally gave up the ghost.

It was gathered that last week, Paschal Onyilo, a native of Abatete in Idemili North LGA of Anambra State, was driving to Obosi area to set up his sound equipment for an event.

However on getting to Umuoji, some school children threw stones at his vehicle and caused some damage. He then alighted from the vehicle to accost the kids over the damage. All of them ran away except one boy who was caught by Paschal.

It was learnt that Paschal held the boy and requested that he should take him to his parents as he drove him in his car.

Meanwhile the other children who had escaped – raised an alarm that a certain man had ‘kidnapped’ one of them.

The villagers quickly mobilized themselves, came back and confronted Paschal. They didn’t give him a chance to explain himself and pounced on him immediately, beating mercilessly. His car was also set on fire before he was rescued by the police.

The villagers who saw some political stickers in his car – accused him of being a kidnapper who works for politicians in the state and was looking for children to use for rituals. 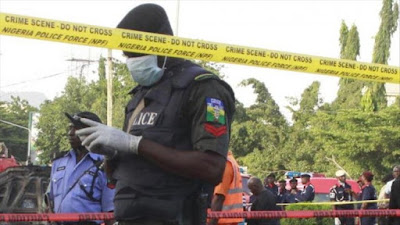 By the time help came, Paschal was already unconscious and he was taken to Iyi-Enu Hospital, Ogidi. He was alive after an emergency surgery and was able to narrate what happened to the police and others that visited him in hospital.