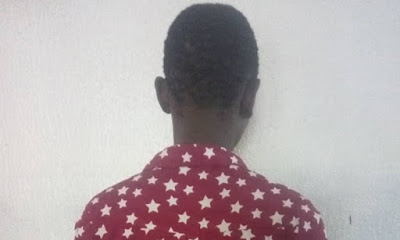 The Lagos State Police Command has arrested a teacher at Fazir-I-Omar Senior High School in Iwaya, Yaba area of the state for allegedly forcing an 18-year-old pupil, Mary (not real name), to perform oral s*x on him in return for marks.

Speaking with a reporter on Friday, the spokesperson for the Lagos State Police Command, Mr. Bala Elkana, confirmed that the teacher has been arrested.

Continuing, Elkana said, “I must commend The Punch for the detailed report because the information provided therein has helped us.

“We moved into action when we read it and we have the said teacher in custody and we are making efforts to find out whether there are other victims in the school, apart from the girl that raised the alarm.”

Elkana added that the Police was working with other stakeholders to conduct in-depth investigations into the matter.

In the meantime, a non-governmental organisation which campaigns against s*xual abuse and violence against women, Jewels Hive Initiative, has called on the Lagos State Ministry of Education, the Police and other authorities to ensure that justice prevails in Mary’s case.

JHI’s founder, Mrs. Oluwatoyin Falaiye, said the organisation has rehabilitated the victim and would provide further assistance to her and her family.

Falaiye also demanded the Lagos State Ministry of Education to re-enroll the victim in another school in the state for her to be healed of her trauma. 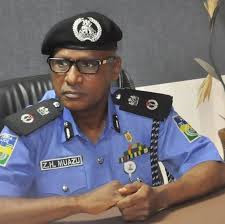 “We have ensured that the victim is getting some help and counsel. We have taken her to a safe place for counselling and therapy. She, her mother and siblings live in a dingy one-bedroomed apartment and we strongly feel that they are not safe, because she is already being shamed and stigmatised.

“We will do our best to raise some money to get them a befitting apartment and we demand that the Lagos State Government ensure that the victim is safely re-enrolled in another school and that her molester be made to face the full wrath of the law,” Falaiye said.