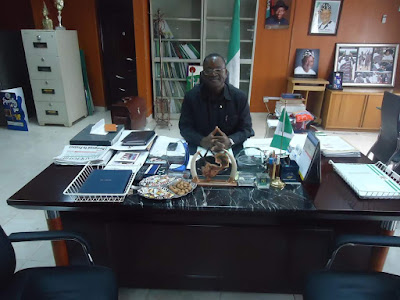 Benue State Governor, Samuel Ortom, has said he is in government not to enrich himself, saying, he was already a billionaire before he became a governor to serve the people of his state.

Ortom, who spoke with journalists, was reacting to his estranged godfather, Senator George Akume’s allegation at the Buhari’s presidential campaign rally held at Aper Aku Stadium in Makurdi on Wednesday.

Senator Akume had accused Ortom of using his office to enrich himself.

Akume had said, “Today, there is one governor in the North-Central Nigeria, (a veiled reference to Ortom) who is richer than Buhari and has more money than Buhari in just three-and-a-half years of being a governor.

“The most notorious problem facing Benue today is the use of livestock guards. These people have been killing Benue people because they were armed with Ak47.

“Just on Friday, we were on governorship campaign to the Guma LGA and these guards ambushed our campaign train, shot and killed one person.”

But in his reaction, Ortom lambasted the Akume, stating that the senator ought to be in prison for allegedly stealing N2bn when he was exiting Government House in 2007.

Ortom said, “The truth of the matter is that Akume cannot hold me responsible for not being able to provide jobs; I was a billionaire before I became governor.

“Before I became a minister, I had to resign my position as the chairman of my company and the company is doing fine. I borrowed money from Nexim Bank, Bank of Industry and CBN.

“I discovered a window, through the present minister of agriculture that there was fund available for agricultural development programme. This I introduced to Akume that with all his asset around, he could obtain N5bn loan and invest in business. But he told me he did not have capacity to run business, so can he blame me for that? 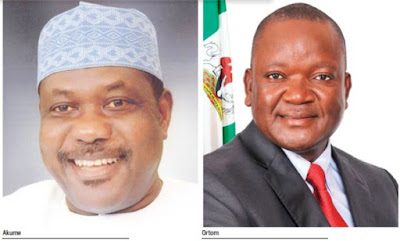 “Akume was a governor for eight years and he stole N2bn before he left office; up till now, the case is with the EFCC but because he is in the APC, nothing is happening of the case.

“That’s the reason why I said the EFCC was a tool of the APC, if not, Akume is supposed to be in jail now.”