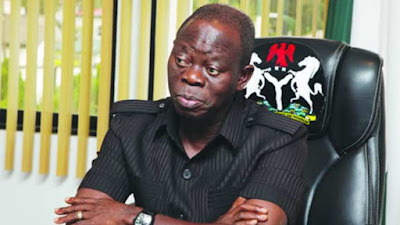 Some APC aspirants for the position of the Speaker in the House of Representatives have faulted the party’s National Chairman, Adams Oshiomhole, for declaring that the PDP would not get any leadership position or chairmanship of a major committee in the coming 9th National Assembly.

Speaking with journalists on Thursday, an APC lawmaker-elect from

Oyo State, who is one of the two speakership aspirants from the South-West, Olusegun Odebunmi, warned the leadership of the ruling party against dismissing the PDP lawmakers.

Odebunmi said, “Many people outside don’t know how things work in the National Assembly. Every member has a role and a stake when we are talking of the leadership. We (APC) are lucky to be the majority but we will still move ahead to lobby our members (in the opposition) towards our direction, otherwise we cannot have a peaceful house.”

The ranking APC lawmaker said he would ignore Oshiomhole’s threats and work with those in the opposition if he became speaker. 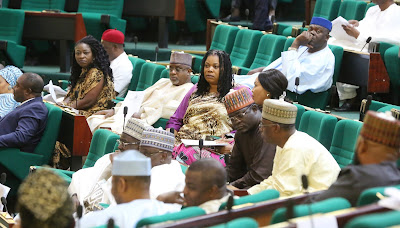 “Our problem is that the APC’s majority is about quantity, not quality. If you go to the floor of the House – go and observe this, it is the PDP people who are always attending plenary; some of our people will just come and sign, and go away to attend to their private businesses,” he said.

No fewer than 17 members of the House are contesting leadership positions in the coming 9th NASS.