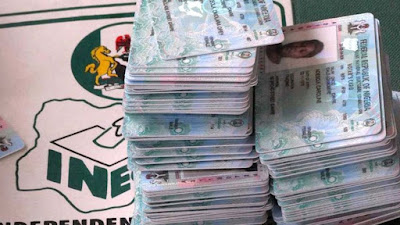 Ahead of next Saturday ’ s elections, the Independent National Electoral Commission has created additional 57, 023 voting points to address the large number of voters which now stands at 84 million .
Information obtained by The PUNCH showed that the voting points would be carved out of the existing 119 , 973 polling units nationwide .

This comes barely a month after the Chairman of INEC , Prof. Mahmood Yakubu , said more voting units would not be created.

Yakubu had said last month , “ On polling units, the commission wishes to assure the media that there is no change in the number of polling units and voting points used for the 2015 general elections and the 2016 Area Council elections in the FCT.

“ Any insinuation that new polling units, voting points or voting points are being created by the commission is utterly baseless and should be disregarded . ”

However , it was learnt that following a high – powered meeting by INEC national commissioners and other relevant stakeholders, it was decided that 57, 023 new voting points had to be created .

It was learnt that the move had become necessary because the number of registered voters had risen by 15 million since 2015 and as thus the old arrangement was not feasible .

The additional voting points would also ensure that voting is done in record time in order to allow for quick collation of results which will be expected to take longer due to the high number of political parties which has since risen to 91 .

The 2015 Presidential election had 14 candidates but 2019 has a record 72 .
The PUNCH had reported that the collation and announcement of results which would require the announcement of each political party one after the other , might take as long as five days and INEC was doing everything possible to ease the process.