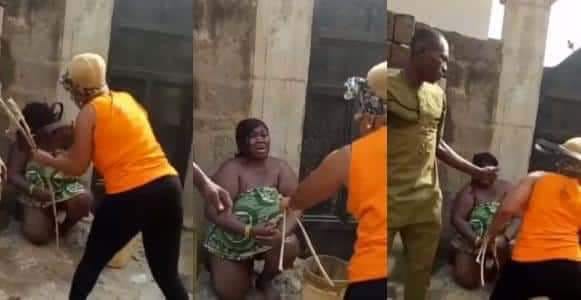 The woman who was disgraced after she was caught in a married man’s house has finally broken her silence. Recall that she was flogged mercilessly at the house in Anambra state.

The woman, who is a widow and a mother of one, said her career has been killed both in Nigeria and outside the country following the viral n*de video and she does not want to be compensated.

She revealed that why she was being tortured, the man, Ifeanyi Azotani who invited her to the house was there looking and did nothing to save her.

One of the suspects who was interrogated by journalists, Ogochukwu Nwankwo (the niece), said she was about going out when she received a call from Tochukwu Azotani beckoning her to come to the house because she found out that her husband has been sleeping around.

She said when she went there she remembered how her ex-husband took her son to stay with his girlfriend and this provoked her. She said this was what made her angry to flog the alleged mistress mercilessly and humiliate her.  She said that’s not really her character as she admitted she made a mistake. 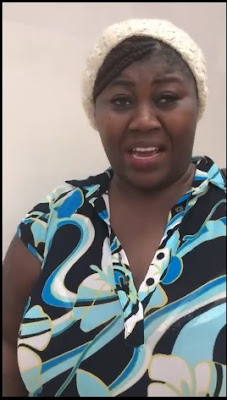 The wife, Tochukwu Azotani, said that she saw a chat between her husband and his mistress on his phone the second time after they had previously met in the hotel, that was why she decided to lure the lady to the house (with the help of the husband) and disgrace her. She claimed she didn’t know that the action meted out on the lady would go far like that.