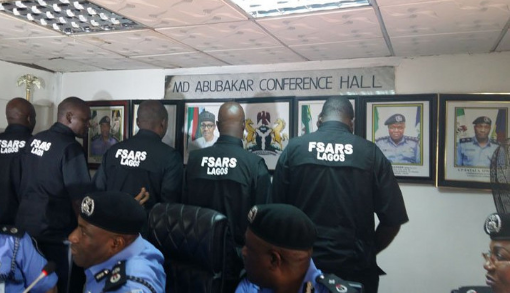 It was gathered that the operatives stormed an eatery in the area to arrest a man, who was watching a live English Premiership League football match between Liverpool and Tottenham Hotspur.

According to a source, the victim who was a friend to the arrested man, challenged the operatives on why they would take away his friend and one of the SARS personnel allegedly shot him dead.

It was learnt that angry youths blocked the two sides of the Lagos-Abeokuta Expressway and set up bonfires, causing traffic gridlock in the process.

The victim, who was rushed to the Lagos State University Teaching Hospital, Ikeja, was pronounced dead on arrival by doctors.

When contacted, Police PRO, DSP Bala Elkana, told The Punch that the command would investigate the matter. “We got a complaint that some hoodlums blocked the road because a man was killed; we have deployed our officers in the place to clear the blockade and we are investigating the matter.”