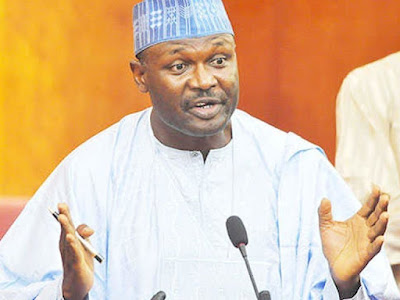 The hopes of the Internally Displaced Persons (IDPs) in Niger State to participate in this year’s elections has been dashed by the Independent National Electoral Commission (INEC) as its Resident Electoral Commissioner (REC) in the state, Prof. Sam Egwu, has said there is no voting for the IDPs.

Prof. Egwu, while addressing newsmen Wednesday on the preparations so far made by the commission for the conduct of the polls, said: “There will be no voting for IDPs in Niger, there is no official IDP camp in Niger known to Niger INEC. We do not have preparation for IDPs voting.”

The IDPs were displaced from their ancestral homes by the 2018 flood, while some of those in Gulu relocated to the town following insurgency in Benue State.

Prof. Egwu said initially, INEC penciled eight states where there were IDPs but that the number had increased to 16 states. He did not name the states.

He disclosed that out of the approximately 455 people contesting the March 2019 election in the state, only 50 are women.
Giving the breakdown, Egwu said there are two female candidates in the governorship race out of 31 contenders, seven others are deputy governorship candidates, while four women out of 37 are contesting for the senatorial seats.
Out of the 126 candidates vieing for the House of Representatives seats, nine of them are women just as only 28 women are in the race for the 27 House of Assembly seats out of a total of 361 candidates, Egwu declared.
He said of the 2,390,000 eligible voters in the state, 2,167,788 collected their PVCs, adding that: “We expect all these people to vote in all the elections.”
The REC said to ensure all eligible voters cast their ballots during elections, there was need for the country to legalise early voting.
“There is need for early voting so that some category of people will be able to vote two or three days before election but first we need to trust the electoral body,” he said.
Egwu also said that priority would be given to the physically challenged people and pregnant women on election day even as the commission has domesticated the memorandum of understanding (MoU) signed with the National Union of Road Transport Employers Association and the National Union of Road Transport Workers for the transportation of election materials.