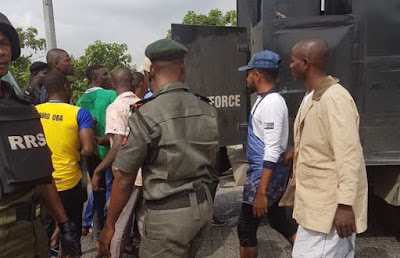 Two bus conductors, Peter Ayodele, 20; and Chibuzor David, 21, were arraigned in Lagos on Tuesday for allegedly stealing three underwear belonging to a housewife.

“The defendants unlawfully entered the complainant, one Mrs. Kehinde Oladimeji’s house in the night while she was sleeping and stole three of her panties. But luck ran out against them as they were caught by a team of policemen on patrol.

“When they were asked of their mission at the time of the night and could not give a satisfactory answer, they were searched and three female underwear were found on them.

“Ayodele told the Police where they stole the underwear from and when the scene of the theft was visited by the Police, the complainant confirmed that the panties were her own,” the prosecutor said. 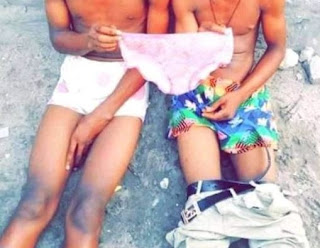 Ayodele, a resident of Oshodi; and David, who lives in Ejigbo, Lagos, were charged with two counts of conspiracy and stealing before an Ikeja Magistrates’ Court.

NAN reports that while Ayodele pleaded guilty to the offences, David pleaded not guilty.

The Magistrate, Mrs. M.O. Tanimola, ordered that Ayodele be remanded in Kirikiri Prisons pending review of the facts of the case and sentencing; while David was granted N80,000 bail with two sureties in like sum.

The case was adjourned until March 4, for continuation.