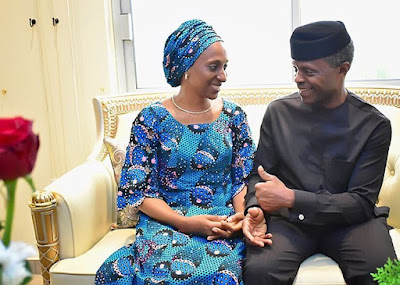 The wife of the Vice-President, Dolapo Osinbajo on Sunday shared her experience when she received the news of her husband’s helicopter crash in February. She recalled that on the day the incident happened she was in Ikenne, Ogun State, for a programme.

Speaking on the helicopter crash, Mrs Osinbajo said she was on her way to Lagos from Ogun State when she received a call on the incident, adding that she was shocked by the news.
She stated this in her remarks during an interdenominational service of praise and thanksgiving to appreciate God for sparing Vice-President Yemi Osinbajo’s life in the helicopter crash that happened on February 2 in Kabba, Kogi State.

The thanksgiving service, which held at the Obafemi Awolowo Square, Ikenne-Remo, Ogun State, was attended by Governors of Lagos and Oyo states, Akinwunmi Ambode and Abiola Ajimobi.

Also in attendance were the immediate past governor of Osun State, Rauf Aregbesola, Ogun State governor-elect, Dapo Abiodun, Senator Godswill Akpabio and some traditional rulers, among other dignitaries. 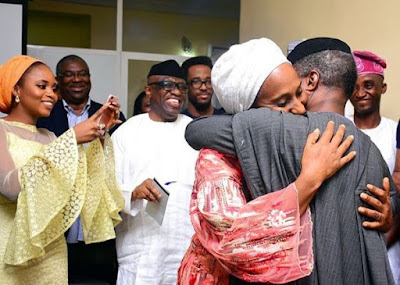 Mrs Osinbajo told the congregation that the mercy of God had been the pillar of her family. She said, “I am thankful to God for saving the life of my husband and those of his co-passengers.”
Invest In Social Force & Get 50%
Click HERE >>