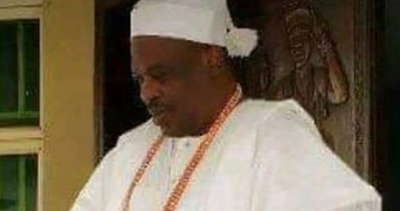 There was panic in Ajah, Eti-Osa East Local Council Development Authority of Lagos State, on Monday, as members of the Aiye and Eiye confraternities engaged each other in a shootout.

Residents said that the cult groups were fighting to claim the area following the death of the Olumegbon of Lagos, Chief Fatai Olumegbon, from an undisclosed ailment on March 24, 2019.

The Olumegbon built a palace in the area and relocated there from the Lagos Island years ago.

The deceased was the head of the Idejoor white-cap chiefs in Lagos and was responsible for enthroning the Oba of Lagos.

An eyewitness, simply identified as Ambrose, told The Punch he was returning from work on Monday when he encountered the clash between the rival cult groups. He stated that he could not tell precisely where the shootings were coming from as bullets were flying from all directions.

Ambrose added that the area was thrown into confusion as residents ran into shops, other people’s homes and anywhere they could take shelter to avoid being caught in the crossfire.

He explained that security personnel were not seen in the vicinity until the shooting had stopped. He said in recent times, Ajah had become a dangerous zone, where people’s lives counted for little.

Ambrose stated that Oke Ira, Ado Road, Total and other areas were seized by the hoodlums.

He said, “I was returning from work and as I got to Ado Road, around Oke Ira, I heard gunshots. I thought they were coming from one side but before I knew what was happening, bullets were flying everywhere. I had to run to a nearby shop for safety.

“Nobody can pinpoint the locations where the gunshots were coming from. People were confused. There were no security personnel anywhere. “We saw their vans parked at places where they had always been without anybody in them.”

Another resident, Bimbo Adedeji, said she was in her shop and about to leave for home when the sound of gunshots made her to scurry back into the shop.

Adedeji stated, “The quest for the control of Ajah by the two rival cult groups is senseless. We don’t know if the member are too big for the government to deal with.

“Although I saw some people being taken to the police station this morning (Tuesday), I don’t know if they were among those who caused the public disturbance in Ajah last night (Monday).” 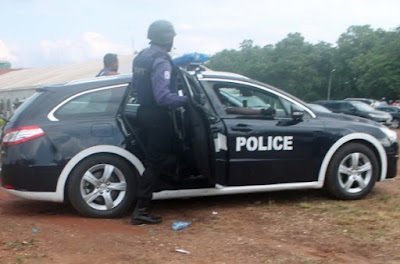 She added that some policemen from the State Criminal Intelligence and Investigation Department, Panti, Yaba, were seen at a police station in Ajah on Tuesday.

Attempts to speak to the Police Public Relations Officer, DSP Bala Elkana, on the incident proved abortive. He did not answer calls put across to his phone and failed to respond to text messages.