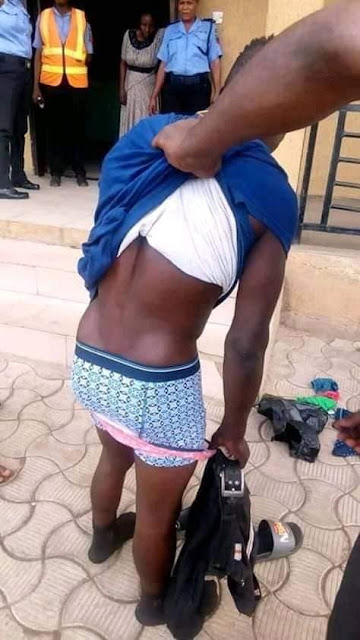 Strange times we live in. A young man was apprehended yesterday after reportedly stealing a female underwear in Lagos, and wearing same to avoid being caught.

It was gathered that the boy was nabbed after stealing panties which allegedly belongs to his sister, for suspicious reason best known to him.

The young man who was suspected of stealing the panties was forced to strip off his trouser after being caught by residents in Oshodi area of the state. The pant was seen on him. 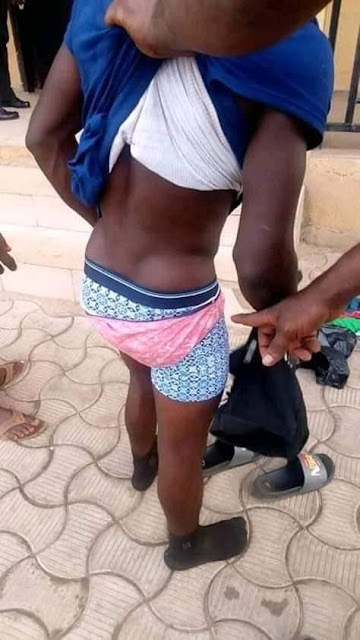 The boy was later handed over to the police for necessary action.