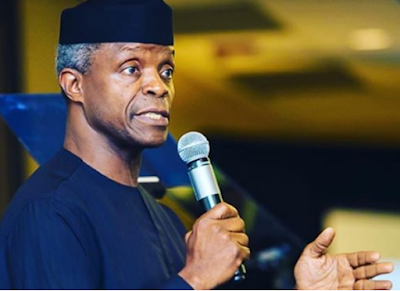 The Peoples Democratic Party on Sunday said the Vice President, Prof. Yemi Osinbajo, was economical with the truth when he said the PDP never completed any major infrastructural project in 10 years during the 11th Bola Tinubu Colloquium in Abuja.

According to him, the PDP never completed any major infrastructural project before Buhari’s administration despite that Nigeria earned $383bn between 2010 and 2014.

The VP had said, “At the last colloquium, I said that

Nigeria’s main problem is not a lack of ideas, it is not a lack of projects and programmes, it was most of the time with experience in the past, a lack of integrity in leadership and corruption in particular. That was the reason why we were finding it difficult to make any progress and I think that was why we earned $383bn in four years, 2010 – 2014, the highest ever in the history in our country and yet Lagos-Ibadan Expressway was not done and Lagos-Kano Railway was not done. All the things that were supposed to be done were not done.

“You cannot point to a single major infrastructure project that was completed in the 10 years period despite the high revenue, including power. So a government coming after so many years of waste must be a government that emphasises prudent, and integrity in public finance so that they manage the little resources to achieve the maximum that can be achieved. That is what President Buhari is set out to achieving.”

But the PDP Deputy National Publicity Secretary, Mr. Diran Odeyemi, in an interview with The Punch, said the PDP completed many major infrastructural projects, which he said, Nigerians were enjoying and appreciate the PDP for them.

He said it was sad that Osinbajo, who is a pastor, misinformed Nigerians in a public gathering, adding that President Muhammadu Buhari’s government should address national governance and national needs rather than engaging in incorrect propaganda.

He urged Osinbajo to stop lying against the PDP, adding that he should leave the party alone.

He advised the government to recognise that elections were over and that Nigerians expected government to initiate and execute policies, programmes and projects that would impact favourably on them.

He said, “The Vice President should know that we have stopped campaigning and that the election is over. What we expect them to do is to embark on actions and projects that will address the needs of Nigerians. They should stop talking about the PDP. For the past four years, they have been blaming the PDP for not doing this or not doing that. They said they have won an election, though it is subject to legal test at the tribunal. We expect them to stop talking about the PDP but to concentrate on governance and whatever they want to do except they want to tell the whole world and Nigerians that the only achievement they know how to do is to blame the PDP or talk about the party every time. 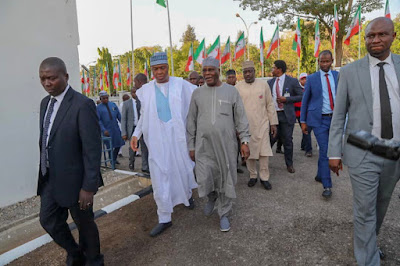 “The records of our achievements are there for Nigerians to see. If after four years, all they will still say is that the PDP has not done this or that, that means they are not serious. Blaming the PDP for many years and continuing that after they had been declared winner of the 2019 presidential election by the Independent National Electoral Commission, Nigerians will know who is telling lies. It is unfortunate that Osinbajo as a pastor will come to a public forum and lie against the PDP. Nigerians are not stupid. If Osinbajo said we have not completed any infrastructural project in 10 years, we leave it for Nigerians to judge.”