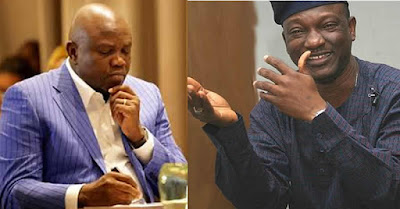 The governorship candidate of the Peoples Democratic Party (PDP) in Lagos, Jimi Agbaje, has urged the Lagos State House of Assembly to reveal the motivation behind attempt to impeach Governor Akinwunmi Ambode.

In a statement issued by Agbaje’s Directorate of Media and Publicity on Thursday, he alleged that the Lagos lawmakers were using the issue of delayed presentation of the 2019 budget as an excuse to carry out an ulterior motive.

He said, “Of course, the way Lagos politics has been structured over the last two decades, government actions are often dictated by open and covert objectives. That the legislators are hinging their action on the purported delay of the budget is simply a smokescreen for a very shameful undertone that the honourable assembly members will not want to make open.

“They are yet to tell us their actual motivation for this superfluous move to shame the Governor.”

Agbaje also expressed reservations about the timing of the impeachment move.

He said, “I received the news of the impending impeachment of Governor Akinwunmi Ambode with a lot of reservation, especially with its timing and motive. This is just 19 or so days to the Federal elections and the governorship, a fortnight thereafter. So the natural questions to ask are: Why this haste? And what is the motive?” 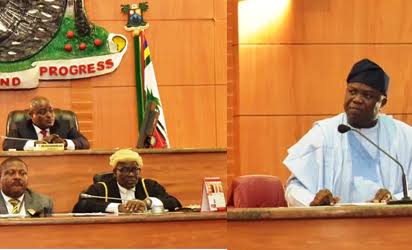 He stated that although the legislature reserved the right to perform oversight functions, “such a responsibility should not be abused. It should be carried out in a manner that places the citizens’ interest above any pecuniary benefit to a vested interest.”

The PDP candidate added, “Governance has ground to a halt owing to the schism between the two arms of government, both of which are dominated by All Progressives Congress. From all indications and from the findings that I have conducted, the action of the lawmakers is nothing but self-serving as dictated to them by the cabal ruling the state.”