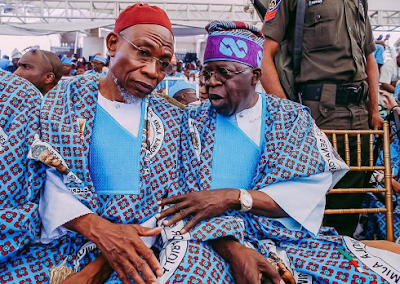 A crisis is brewing in the Lagos State chapter of the All Progressives Congress over the role the former Osun State Governor, Mr Rauf Aregebsola, is playing in the compilation of names of political appointees that will form the cabinet of the Governor-elect, Babajide Sanwo-Olu.

The crisis, according to sources, is between two main groups within the APC in the state – the Mandate Group and the Governor’s Advisory Council.

Sources disclosed that National Leader of the APC, Asiwaju Bola Tinubu, had delegated Aregbesola to put together the list of politicians who would work with Sanwo-Olu.

The Punch learnt that the former Osun State governor had, as a first step, asked Sanwo-Olu to disband his campaign team and await the list of members of the transition committee.

The Director-General of Sanwo-Olu Campaign Team, Mr Tayo Ayinde, was said to have immediately complied with the directive on behalf of the governor-elect. The transition committee will interface with Governor Akinwunmi Ambode’s transition team.

Sanwo-Olu will be inaugurated as Lagos State Governor on May 29. Aregbesola has reportedly compiled 40 names of those that would be the new governor’s aides from the Mandate Group alone.

Members of the GAC are said to be displeased with this development and had reportedly challenged the former Osun State governor.

The GAC, sources said, directed a leader of the party, Mr Tajudeen Olusi, to compile another list which would accommodate the aggrieved members of the group who they claimed played the lead role in the emergence of Sanwo-Olu.

Another source within the GAC feared that the group might be the victims of the power play if the former governor was not challenged.

The source said, “Asiwaju (Bola Tinubu) has directed Aregbesola to take control of the party in Lagos because he is now in Abuja.

“So, Aregbesola, who was in Osun State, has now returned to Lagos and has compiled the list of Sanwo-Olu’s cabinet members without considering the role played by the GAC before Ambode was stopped. We will not allow this to go unchallenged. We have to do something about it and the time to act is now.”

The Media Adviser to the former Osun State Governor, Mr Sola Fasure, when contacted on phone by The Punch on Friday, said he would get in touch with his principal and give his reaction to the allegations.

Fasure, when contacted again on Saturday, said Aregbesola had yet to respond to the inquiry. He promised to remind him and get back but he had yet to do so as of the time of filing this report. 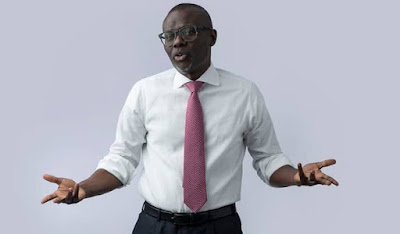 But the Publicity Secretary of Lagos chapter of the APC, Joe Igbokwe, when contacted, neither confirmed nor denied the development.

He said, “I do not know about that; those are speculations. But you know that our National Leader, Asiwaju Bola Tinubu, is stepping aside from Lagos to higher level and he needs someone; naturally, it can be anyone. There are people who are around him and could hold position of trust for him; so, he will need to delegate some duties. People are just speculating for now.”