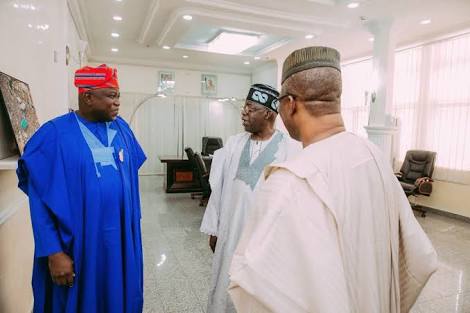 A national leader of the All Progressives Congress, Bola Tinubu, on Sunday said that Governor Akinwunmi Ambode of Lagos would no longer be removed from office.

Tinubu, who spoke after a peace meeting was brokered by the APC leadership in the state, said the State House of Assembly had agreed to sheathe its sword.

The former governor said the executive and the legislative arms of government in the state had resolved to work together in the interest of the state.

“In the last one week, there was noise about the conflict between the executive and the House of Assembly. It is of great concern to all of us and particularly, what Lagos represents across the country.

“We have been able to look into the source of the various conflicts, which is not uncommon in politics. What is the genesis of those problems? We are one big family and as a big family, you will have some disagreement.

“We have resolved that there would be no question of impeachment in Lagos State. Let the two arms of government communicate and continue to respect one another and build consensus and understanding. That is all about politics,” Tinubu said.

The APC leader said that allowing the conflict to fester would have dire consequences not just for the state, but also the entire country. 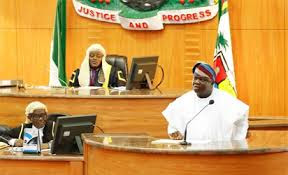 The Assembly had last Monday threatened to remove Ambode from office for alleged gross misconduct, as regards the 2019 budget. They had given the governor seven days to defend himself, failing which, he would be removed.

Some had warned that APC will lose Lagos if Ambode was impeached.