A  two-month-old baby was allegedly murdered by his parents who were upset that they couldn’t have sex because he was awake.

Luke Morgan, 26, and Emma Cole, 22, are accused of smothering Tyler Morgan and causing him three broken ribs after being heard arguing at their flat in April 2014.

Neighbours said, “Luke Morgan was angry because he wanted to have sex with Miss Cole and had been prevented by Tyler being up.”

Jurors at Stafford Crown Court heard that after Tyler collapsed, there was a “significant” delay in contacting the emergency services.

But during the case against the couple, prosecutor Andrew Smith QC showed jurors a picture of an injury to Tyler’s right forearm which pathologists said resembled a human bite mark.

Tyler Morgan, the nine-week-old son of the defendants, had collapsed before the call was made.

The prosecution’s case is that Tyler’s collapse was caused by his being intentionally smothered or his chest being compressed. That intentional smothering and/or chest compression occurred when the defendants were alone with Tyler in their home.

Subsequent investigations discovered that Tyler had sustained serious injuries before his death, including fractured ribs, that could only have been caused while he was in the care of his parents.

Mr Smith said one neighbour had heard a high-pitched scream, while another described hearing a loud bang.

He added: “The prosecution say that Luke Morgan and Emma Cole were plainly arguing in the early hours. Their argument took place at a time when they had both been drinking alcohol.” 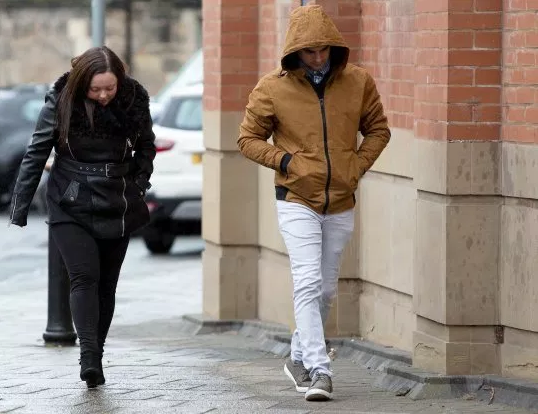 After paramedics arrived at the couple’s home, the court heard Morgan said he believed Tyler’s collapse was a “cot death”’ and claimed he had been unable to wake him. Tyler, who was in cardiac arrest, was taken to Walsall Manor Hospital, arriving at 3.40am, and was pronounced dead at 4.03am. Jurors were told several red marks were found on Tyler’s face, including the bridge of his nose, which may have related to resuscitation attempts.

On the recordings, Morgan is alleged to have said that he used to bite Tyler “to make him smile” during play. Mr Smith added that neither defendant offered any explanation for the fractured ribs suffered by Tyler.

The trial, which is expected to last for up to six weeks, continues.

Author Beta Gist Naija StaffPosted on September 18, 2019
An official of the Ministry of Foreign Affairs, Mr. Kimiebi Ebenfa has confirmed the departure of second batch of Nigerians from O.R. Tambo International...
Read More

Author Beta lensPosted on January 5, 2021
Man marries his friend’s girlfriend after he asked him to test her to see if she will cheat on him
Read More