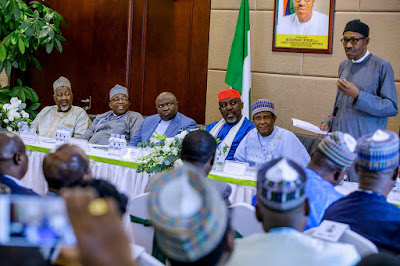 US ambassador to Nigeria, Stuart Symington has warned public officials in the country not to obey illegal directives issued in the name of President Muhammadu Buhari.

Speaking with journalists on Thursday in Makurdi, Benue state capital, after a meeting with Governor Samuel Ortom, the ambassador said any politician whose utterances incite people to violence would be held to account for the crime.

He urged political leaders to ensure free and fair election as the polls draw closer. “The citizens are responsible to their God, second to their conscience and third to the laws of Nigeria, fourth to the court of public opinion in Nigeria and finally international law and the rest of us.”