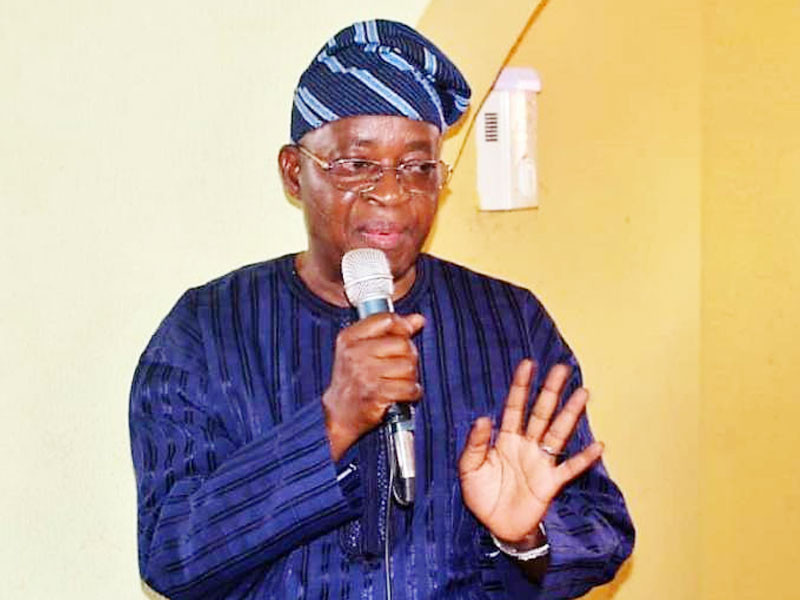 The Osun State Government has reacted to the attack on Governor Gboyega Oyetola after he stormed the #EndSARS protest ground in the state.

The state government who described the attack as an “assasination attempt”, was however silent on the death of two protesters during the attack.

Osun state’s Commissioner for Information, Funke Egbemode said in a statement released on behalf of the state government;

“This was certainly beyond the #EndSARS protest. The people who launched the attack were not protesters at all.

“Protests have been going on in the State for some days now, and there had been no attack on any government official since the beginning of the protest. However, today’s attack changed the narrative.

“It was not a spontaneous attempt. The attackers had it all planned. They had guns and other weapons. In fact, it was a woman who smashed the windscreen of the vehicle of the Secretary to the State Government, Wole Oyebamiji where I was.

“It is really sad that these people infiltrated the ranks of the peaceful protesters and took advantage of the Governor’s walk with the youths to execute their sinister intentions.

“It was simply a street coup to take out the Governor, his Deputy and the Secretary to the State Government, all of whom were exposed during the protest and had to be smuggled into vehicles when the attack was launched.”

#EndSARS: We will not allow anarchy in Nigeria – FG

Author Beta Gist Naija StaffPosted on August 31, 2019
Shops owners in Abakpa main market numbering over one thousand Friday launched a massive protest over the closure of their market by some alleged...
Read More

Author Beta Gist Naija StaffPosted on December 8, 2019
The Lagos State Government says it has sealed 24 pharmacies and patent medicine stores in various parts of the state for illegal operation and...
Read More

Author Beta Gist Naija StaffPosted on November 23, 2019
Barcelona captain, Lionel Messi, has admitted he won all of his Ballon D’Or prizes, because of how successful the club was. Messi, 32, has...
Read More

Student kicked out of Unibenrestaurant for slapping a staff

Author Beta Gist Naija StaffPosted on April 22, 2019
Student kicked out of Uniben restaurant for slapping a staff who berated her for dipping her hand into a pot of stew to taste it...
Read More