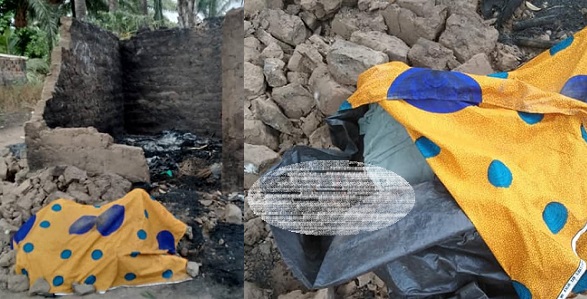 A young Benue state resident died on Wednesday after setting himself on fire over alleged non-payment of three years allowance.

The young man known as Aondona Yaga, was until his death on the morning of December 9th, a casual staff at the Gwer local government secretariat, Aliade, Vanguard reports.

His grandmother who was reportedly seen staying close to his abandoned corpse, said Aondona had been facing difficulty because he wasn’t paid his allowance for almost three years.

The young man eventually fell ill and couldn’t get the funds to treat himself. Frustrated with the entire situation, he decided to end his life.

On Wednesday morning, he entered his thatched room and set it on fire.

Tricycles’ influx in FCT a failure of bus system – FRSC

Author Beta Gist Naija StaffPosted on August 2, 2019
The Federal Road Safety Corps (FRSC) says the influx of tricycles into city roads as a means of transportation, is an indication of failure...
Read More

Author Beta Gist Naija StaffPosted on May 1, 2019
E-beauty Queen, Dabota Lawson has thrown shade at a certain Nollywood actress, and we believe it’s Yvonne Jegede. Dabota is reacting to the statement...
Read More