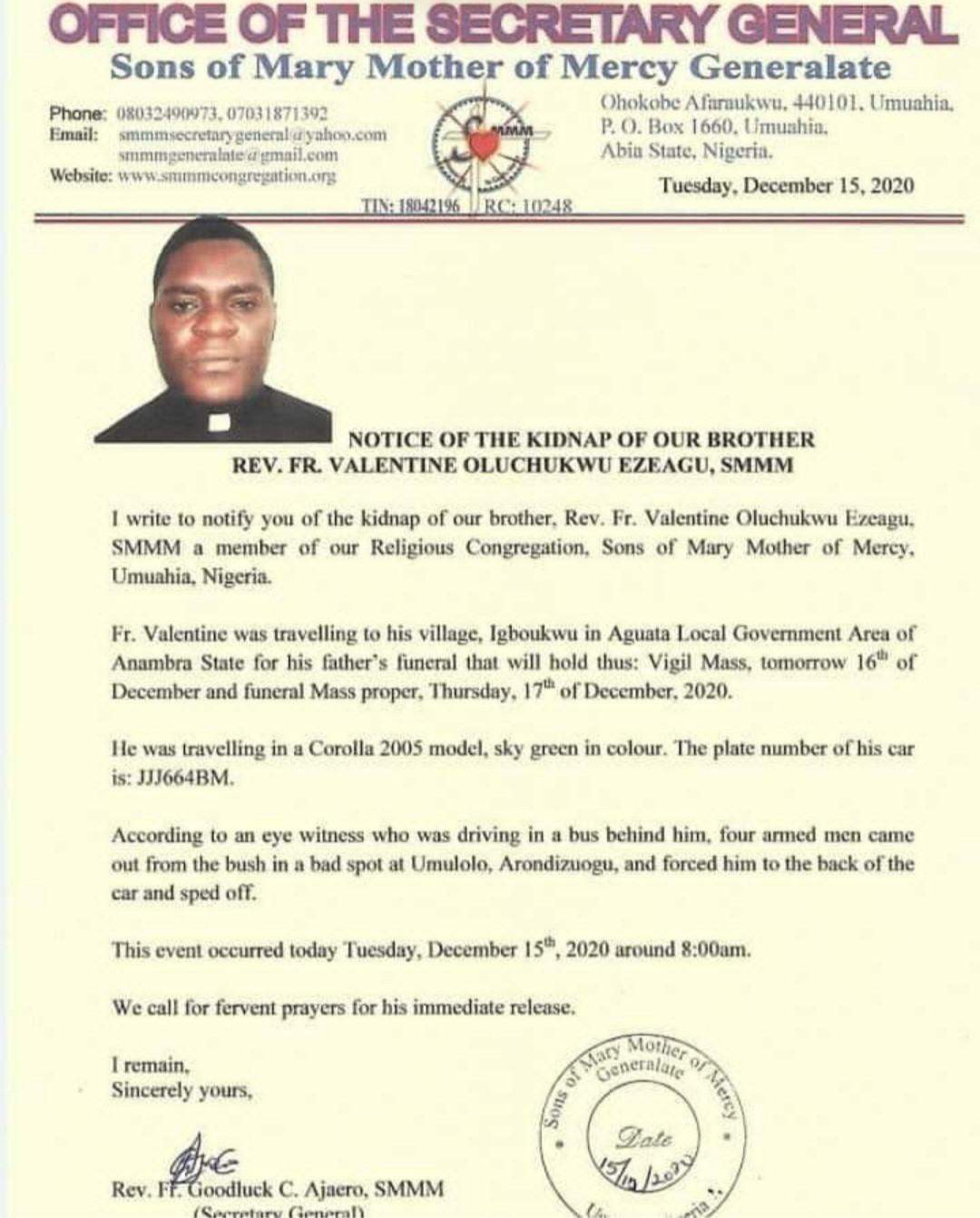 A Catholic priest has been kidnapped while he was travelling to Anambra state for his father’s burial.

Rev. Fr. Valentine Oluchukwu Ezeagu was travelling to his village, Igboukwu, in Aguata Local Government  Area, Anambra State, when four armed men came out of the bush in a bad spot at Umulolo in Arondizuogu, forced him into the back of the car and sped off with him.

The kidnap took place on Tuesday, Dec 15, the Office of the Secretary General, Sons of Mary Mother of Mercy Generalate announced in a statement.

His late father’s vigil Mass is to hold on Wednesday,  Dec 16, and his funeral on Thursday, Dec 17.

The Generalate is asking for prayers for his “immediate release” so that he can attend his father’s funeral.

NYSC Couple wed in their Khaki Uniform in Kano (Photos)

Author Beta Gist Naija StaffPosted on February 9, 2020
Two serving corps members in Kano have tied the knot months after the met during their orientation program in the state. The couple Mohammed...
Read More

Author Beta Gist Naija StaffPosted on January 6, 2020
Kaduna State Police Command has released details of the affected victims of Saturday gas explosion that resulted in the death of five people in...
Read More