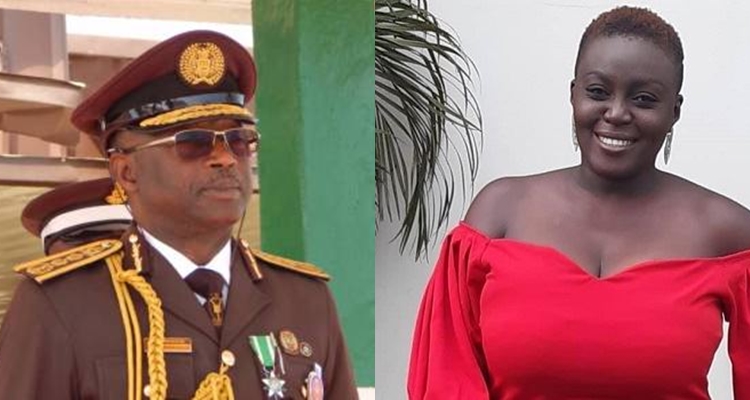 Earlier on a caterer, Mosopefoluwa Odeseye, complained that the Nigeria Immigration Service denied her a passport on Wednesday.

Odeseye, said she was informed that she had been blacklisted while trying to renew her passport at the Lagos Immigration office, weeks after providing food to protesters and helped in sourcing funds for a wounded protester,

She tweeted, “First, it was the Central Bank locking up all my bank accounts, now it is Nigerian immigration not issuing my passport at Alausa! To what end, Nigeria? To what end? I applied for a re-issue at Alausa, captured some days ago and asked to come to pick today then I’m told that I have been blacklisted?”

The Punch reported that attempts to speak with the spokesman for the NIS, Sunday James, proved abortive as he did not respond to a phone call.

However, a top immigration officer, who confirmed the development, said they were acting based on orders from above.

“We have asked her to see the Assistant Comptroller General in charge of passports at the head office in Abuja. We are only acting on instruction,” she said.

Recall that, in October, the CBN asked banks to freeze accounts of some persons involved in controlling #EndSARS funds.

The bank had told a Federal High Court that they are under investigation for terrorism, an allegation the accused persons have denied.

I am going through midlife crisis, I am 51 and still single – Billionaire, Tyler Perry

Author Beta Gist Naija StaffPosted on January 9, 2020
Remains of 141 victims of 1994 Rwandan genocide against Tutsi have so far been exhumed from mass graves at Rubavu airstrip in the western...
Read More

Author betalensPosted on January 12, 2020
A video showing the moment legendary Nollywood actor, Pete Edochie was spotted hugging actress Destiny Etiko tight from behind has gone viral on social...
Read More
Gossip Lifestyle News
Author Beta lensPosted on March 1, 2020
Pope Francis has officially made his first public appearance in four days after the Vatican said he had a “slight indisposition” which forced him...
Read More