Mother of five commits suicide in Ebonyi over hardship

The 45-year-old woman was found hanging from a mango tree behind her house in the early hours of Sunday, December 20.

The deceased’s brother, Christopher Oyibo, who confirmed the incident, said she had attempted to commit suicide in 2014 because of hardship but was rescued. 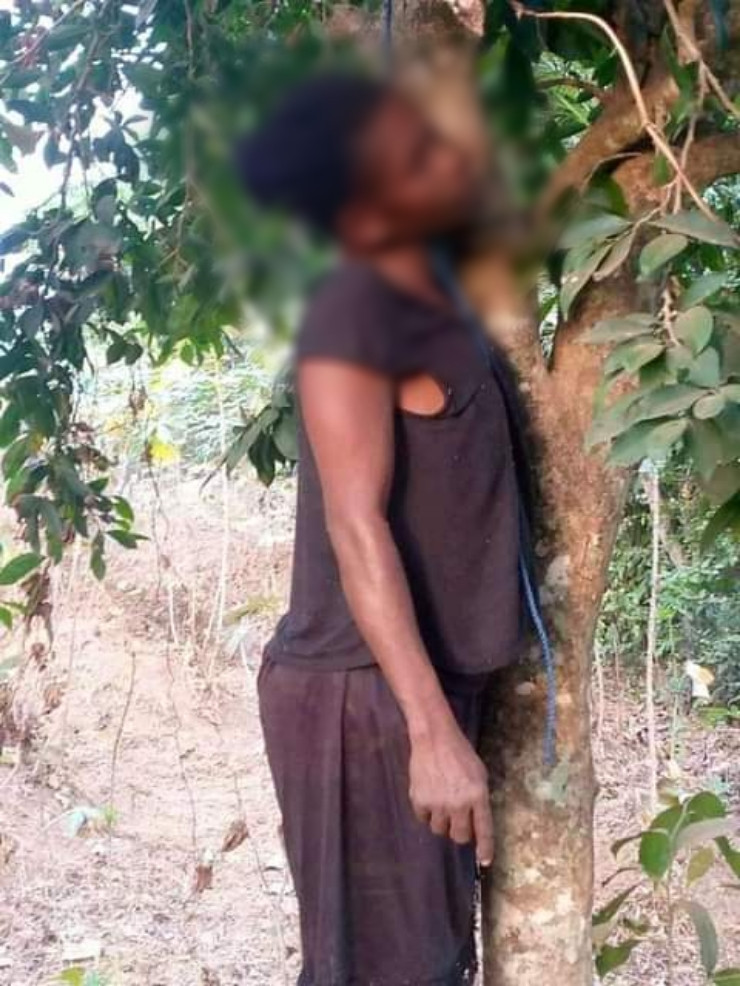 It was gathered that before she took the drastic action, she had lamented that she was finding it difficult to take care of her children.

According to a source from the community, the deceased and family were displaced due to the Ezza/Eziulo lingering communal crisis in Ishielu local government area of the state.

“She was among the people displaced by Ezza/Eziulo war. She returned to her father’s house having been displaced by the communal war together with the husband and children but since that time, life has not been easy for the family. About five years ago she attempted suicide but was stopped by people who saw her,” the source said.

“But this time around, the husband said he entered his room because they were given two rooms by the wife’s family, so he entered his room while she the deceased entered into her room with the children. Very early in the morning when the children woke up to ease themselves they saw their mother hanging on the mango tree behind their house.

“It was said that the deceased during her first suicide attempt gave hardship as reason because before the war they were living well and had a personal business shop she was managing but when they relocated to the fathers’ house at Umuoghara they became small farmers and life became hard.” the source added.

Spokesman of the State Police Command, Loveth Odah, who confirmed the report described the incident as unfortunate and conveyed the CP’s heartfelt condolences to the deceased’s family.

Odah urged the IDPs not to lose hope noting that the government is working hard to resettle them and better their living.

She pointed out that the Ezza/Eziulo crisis has defied many peace processes but the state government is working to resettle the IDPs.

Bisi Alimi poses in his birthday suit in a bathtub

COVID19 second wave: PTF issues stay at home order for govt workers, restrict number of guests at weddings and others to 50

Obasanjo behind my impeachment over his third term – Ex Gov Ladoja

Author Beta Gist Naija StaffPosted on September 25, 2019
Chief Rashidi Ladoja, the former Governor of Oyo state has revealed that former President of Nigeria, Olusegun Obasanjo was behind his impeachment in 2006...
Read More

Author Beta Gist Naija StaffPosted on October 12, 2019
Chelsea striker, Tammy Abraham, is no longer eligible to play for Nigeria, after coming on as a late substitute, as England lost 2-1 to...
Read More