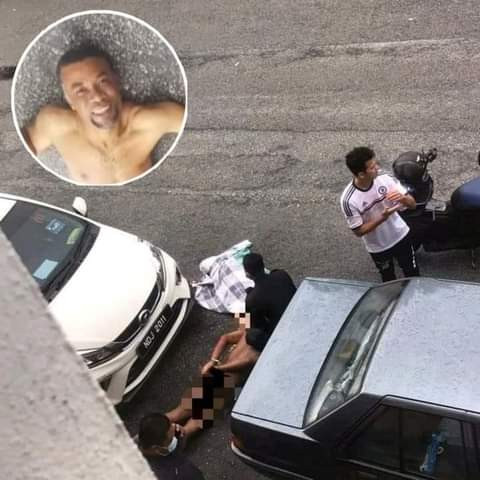 A 42-year-old Nigerian man who flung his step-grandson to death from a fourth-floor apartment was on Friday, December 18, charged with murder, attempted murder, suicide and rape.

Ibekwe Emeka Augustine flung his step grandson from a fourth-floor apartment unit in Danau Kota, Setapak, after he failed to rape his stepdaughter who was the victim’s mother. Read previous reports HERE and HERE 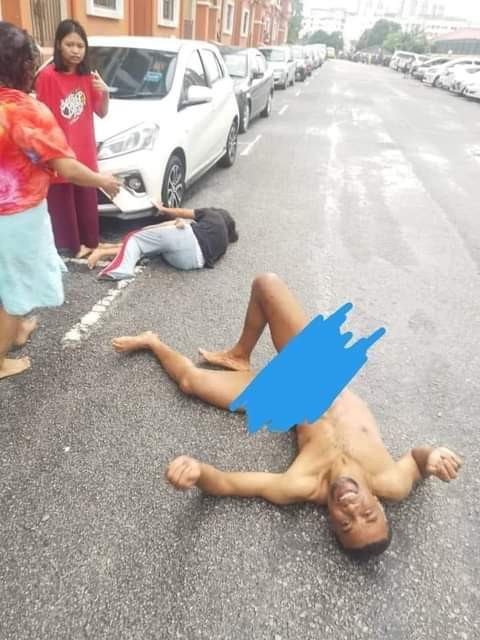 He admitted committing the offences when the charges were read to him before Sessions Court judge Emilia Kaswati Mohamad Khalid.

However, Ibekwe claimed trial to molesting his 25-year-old stepdaughter at their house in Danau Villa Apartment in Setapak between 7.45am and 8.15am on Nov 2.

The proceedings against Augustine was conducted at the Kuala Lumpur Hospital on December 11,  where he was receiving treatment for injuries related to the incident.

The accused was also charged with murdering his four-year-old step-grandson Muhammad Adam Sufi Muhd Norkhusairi at the same place and time.

He was charged under Section 302 of the Penal Code, which carries the death sentence.

Augustine, who is jobless, pleaded guilty to attempted murder of the seven-year-old boy, voluntarily injuring his 48-year-old wife, attempting to commit suicide, and drug abuse.

Kuala Lumpur Criminal Investigation Department chief, Senior Assistant Commissioner Nik Ros Azhan Nik Abd Hamid had said the suspect tried to rape his stepdaughter who was sleeping in the living room but was stopped by his wife and other stepchildren.

“The victim’s stepchildren between 19 and 29 years old tried to stop him. The suspect then became furious and began hitting the others in the house,” he said.

Azhan said that the suspect acted out of control when he saw his stepchildren screaming for help from neighbours.

This was when he lifted Adam and headed to the window of the main room and subsequently threw the child out.

“The suspect also jumped out of the same window. He was then detained by security guards and members of the public who later handed him over to the police.” Azhan said.

Author Beta Gist Naija StaffPosted on January 2, 2020
The Oluwo of Iwo in Osun State, Oba AbdulRasheed Akanbi, has appealed to President Muhammadu Buhari to site one of the six newly approved...
Read More

Author Beta Gist Naija StaffPosted on July 18, 2019
The Super Eagles of Nigeria and three time African champion have been handed what many called an easy draw in the qualifiers of the...
Read More