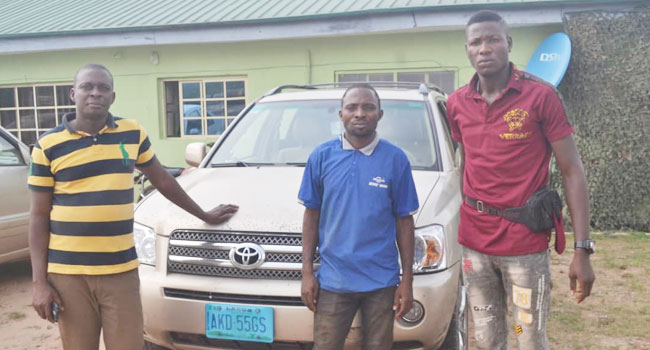 Acting Assistant Director of Army Public Relations, Captain Ayorinde Omojokun in a statement released on Wednesday December 24 said the suspected kidnapper was killed after troops of 32 Artillery Brigade with other security agencies foiled a kidnapping and robbery operation in the area.

“On sighting the troops, the kidnappers tried to engage the troops in a gun battle but were defeated due to troops’ firepower.

“This resulted in the killing of one of the kidnapper while others escaped into the forest with varying degrees of gunshot wounds.”

Items recovered from the scene of the incident included ?350,770, one cutlass, 11/2 sachet of tramadol hydrochloride (100mg), and one itel black phone.

US slams travel ban on another country

Author Beta Gist Naija StaffPosted on November 27, 2019
The United States has raised its travel advisory for Burkina Faso to level 4. The world power advised citizens not to travel to the...
Read More

Author betalensPosted on April 9, 2019
A school teacher was beaten up by community members for allegedly having an affair with a pupil. According to reports, the incident happened...
Read More