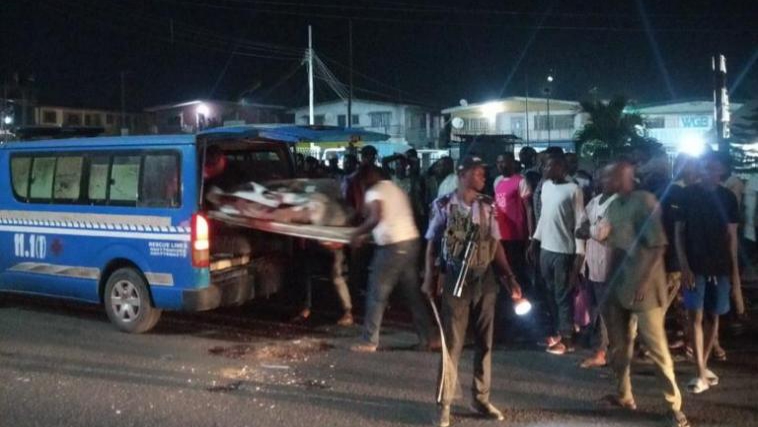 This tragic incident happened on New year eve in Osogbo, the capital of Osun state.

The accident happened after Gbodofan river bridge at Makson area along Ogooluwa at about 9pm.

It was also learnt that the victim identified as Mrs. Agboola came to Ayoni Cherubim and Seraphim Movement church for crossover night service.

According to eyewitnesses, the victim was already in the church but later came out to the main road for a purpose known to her when she was hit by an oncoming vehicle and died instantly.

Officers of the Federal Road Safety Corps and police force were on hand at the scene to remove the corpse from the road.

The body was later whisked away in a Federal Road Safety Corps vehicle to an unnamed mortuary where it would be deposited.

Author betalensPosted on July 3, 2019
Wife to Big Brother Naija Housemate, Mike has broken silence on her husband partaking in reality show despite being married Mike on Sunday had told...
Read More

South Africans mock their President, Cyril Ramaphosa after he struggled with putting on a face mask (video)

Nigeria will break up, North will suffer – Sheikh Gumi

Author Beta Gist Naija StaffPosted on August 11, 2019
A prominent Islamic scholar, Dr Ahmad Abubakar Mahmud Gumi, has declared that Nigeria will disintegrate and that the North will suffer most compared to...
Read More

Author Beta Gist Naija StaffPosted on December 25, 2019
Six employees of the Leadership Group Limited have dragged their employers to court demanding N10billion from it for defamation following publications describing them as...
Read More