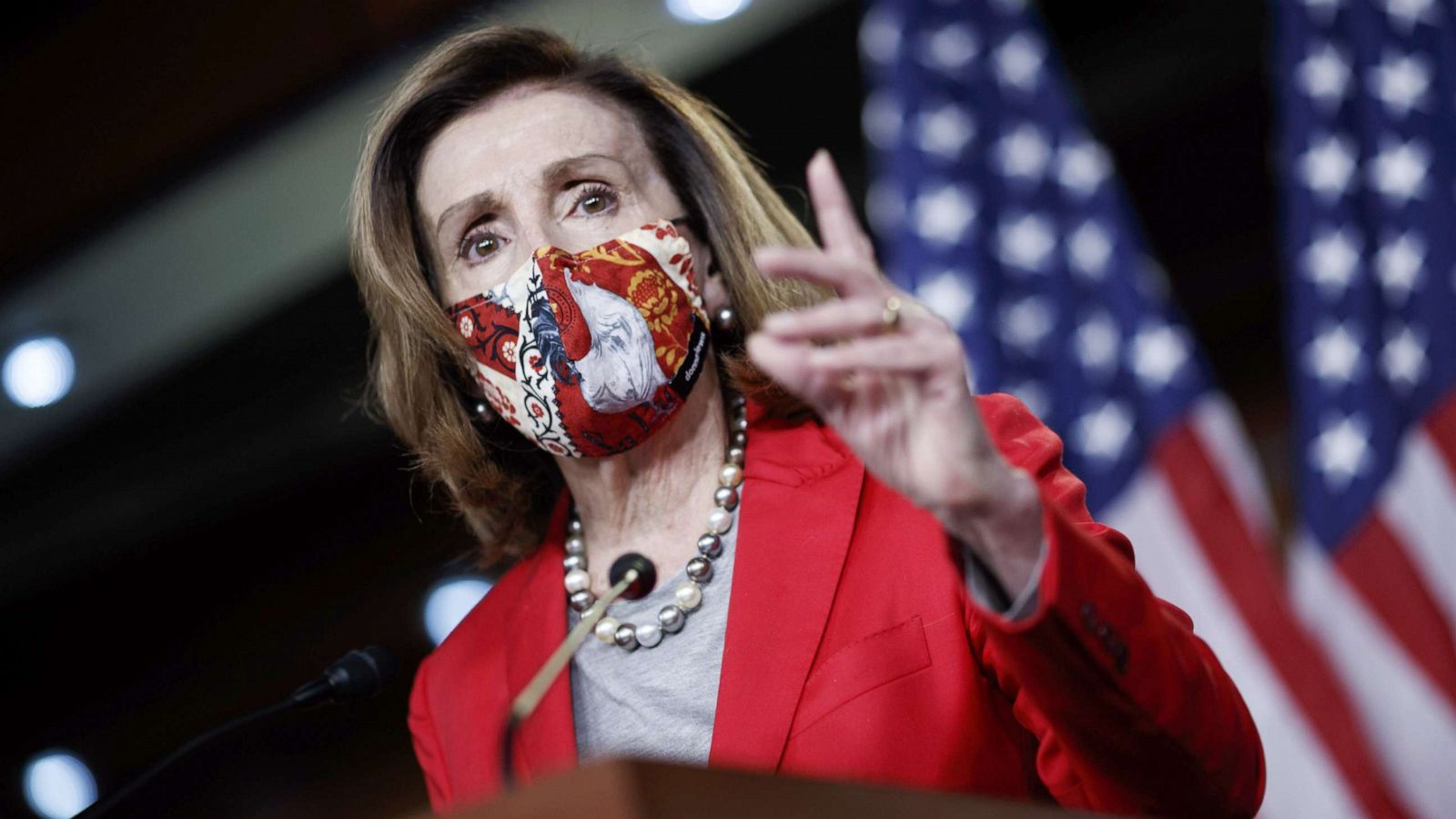 Nancy Pelosi has been narrowly re-elected as speaker of the United States House of Representatives as the 117th Congress took office on Sunday Sunday January 3.

After serving for 17 years in charge of the House Democrats, Pelosi ran unopposed in her election, winning the election with 216 votes to secure a fourth – and likely final term leading the House.

The California Democrat is the first woman to be speaker, leading the House from 2006 to 2011, and since the Democrats took back the House in 2018.

Pelosi, 80, is the third speaker in the last 25 years to win with less than 218 votes, after former Republican Speakers Newt Gingrich and Paul Ryan.

“I am enormously grateful for the trust that Members have placed in me, I am confident that the Speaker’s election today will show a united Democratic Caucus ready to meet the challenges ahead, “she wrote in a letter to her Democratic caucus after her re-election win.

“As we are sworn in today, we accept responsibility as daunting and demanding as any that previous generations of leadership have faced. We begin the new Congress during a time of extraordinary difficulty,” Pelosi said in a floor speech that noted the deaths of more than 350,000 Americans from the COVID-19 pandemic.

“Now is a time for our nation to heal. Our most urgent priority will continue to be defeating the coronavirus. And defeat it, we will,” the 80-year-old California Democrat added, pledging that further aid would follow the latest $892bn package that Congress passed in December.

In the Senate, Vice President Mike Pence swore in 32 senators on Sunday, administering the oath of office in pairs due to COVID-19 restrictions.

“To say the new Congress convenes at a challenging time would be an understatement,” Republican Senate Majority Leader Mitch McConnell said as the chamber opened.

“From political division to a deadly pandemic to adversaries around the world, the hurdles before us are many and they are serious … But there is also plenty of reason for hope,” the Kentucky Republican added, citing the ongoing roll out of coronavirus vaccine.

Demolition of Kaduna ‘sex house’ has sent sufficient signals to other deviants and their sponsors - NCAC DG, Olusegun Runsewe

Author Beta Gist Naija StaffPosted on September 7, 2019
The Ogun State Governor, Prince Dapo Abiodun has enjoined beneficiaries of the “Oko owo Dapo” initiative not to see the empowerment programme as their...
Read More

Author Beta Gist Naija StaffPosted on November 12, 2019
The draw for the second round of this season’s FA Cup, was conducted on Monday night. There are 78 teams left in the competition....
Read More

Author Beta Gist Naija StaffPosted on May 21, 2019
A scene from Game of Thrones The final episode of “Game of Thrones” broke single-night viewing records with 19.3 million tuning in to...
Read More