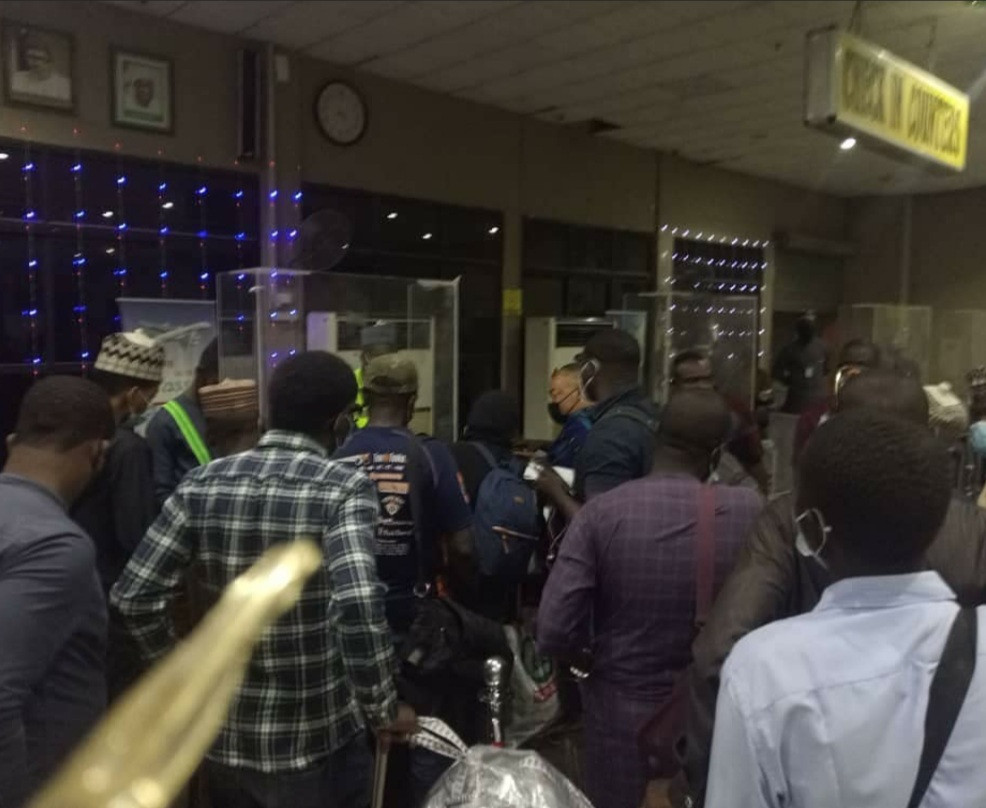 The chaos started when passengers of an Azman flight from Kano to Lagos were informed that the flight, which was earlier rescheduled from 7:30am to 8:30pm, had been cancelled.

Passengers protested and it soon turned violent, resulting in a female staff of the airline collapsing after being hit.

A passenger was also left with a bloody mouth while another staff had his cloth nearly ripped off his body, Daily Trust reports.

At the check in station, passengers of the airline for Kano-Abuja, who had earlier been checked in, also suffered similar fate as their flight was again rescheduled.

Dr. Dre released from hospital after suffering a brain aneurysm

“Give your p*ssy to those who can afford to pay in dollars not naira” – Nigerian Lady.

Author Beta lensPosted on June 28, 2020
“Give your p*ssy to those who can afford to pay in dollars not naira” – Nigerian Lady.
Read More

Author Beta Gist Naija StaffPosted on April 21, 2019
In a chat with Sunday Scoop, one of the raves of the moment is singer, Teni D’Entertainer , stated that though her music has...
Read More

EPL: Paul Pogba finally reacts to racist abuse on him

Author Beta Gist Naija StaffPosted on August 25, 2019
Manchester United midfielder, Paul Pogba, has finally reacted to racist abuse aimed at him after the Red Devils’ 1-1 draw with Wolves in the...
Read More

Author Beta lensPosted on February 19, 2020
There is fresh hope for ailing Nollywood actor, Ernest Asuzu as wife of the Governor of Anambra State, Dr Ebelechukwu Obiano has paid him...
Read More