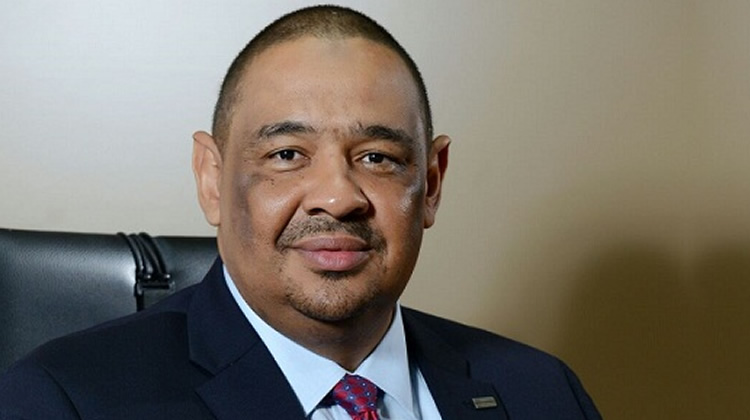 It was gathered that Moyo’s estranged husband, Tunde Thomas, 45, died on December 16, 2020 from heart attack after battling with depression upon discovering that the two children from their marriage were allegedly fathered by the FCMB boss.

According to report by the deceased’s friends, Moyo had resigned from FCMB and travelled to the US with the two children, and thereafter informed Tunde that he was not the biological father of the children.

Over 1,000 people had signed a petition to the Central Bank of Nigeria (CBN), calling for the sack of Nuru.

On Saturday, January 2, 2021, the bank released a statement saying its Board of Directors had commenced an investigation into the matter.

In an internal mail sent to all workers on Tuesday  January 5, Nuru announced his plans to embark on leave immediately to allow the board to carry out an independent review of the circumstances surrounding the reports.

See a copy of the letter below 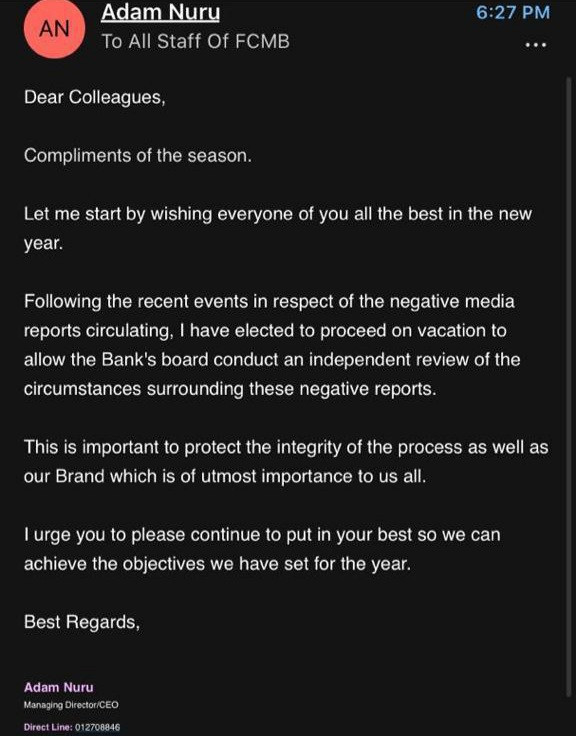 Veteran filmmaker, Chico Ejiro to be buried on February 20

Author Beta Gist Naija StaffPosted on August 14, 2019
…Ministers performances to be monitored, scaled up by SGF President Muhammadu Buhari on Tuesday in Daura, Katsina State, has directed the Central Bank of...
Read More

Author Beta Gist Naija StaffPosted on June 15, 2019
Admin of a Loom group was nearly beaten to death after he attempted to run with his group’s money in Ghana. Gistvic Reports. The ‘quick...
Read More

Author Beta Gist Naija StaffPosted on September 28, 2019
More than 300 former officials from U.S. security and foreign policy agencies, including a former director of the National Counterterrorism Center and a one-time...
Read More