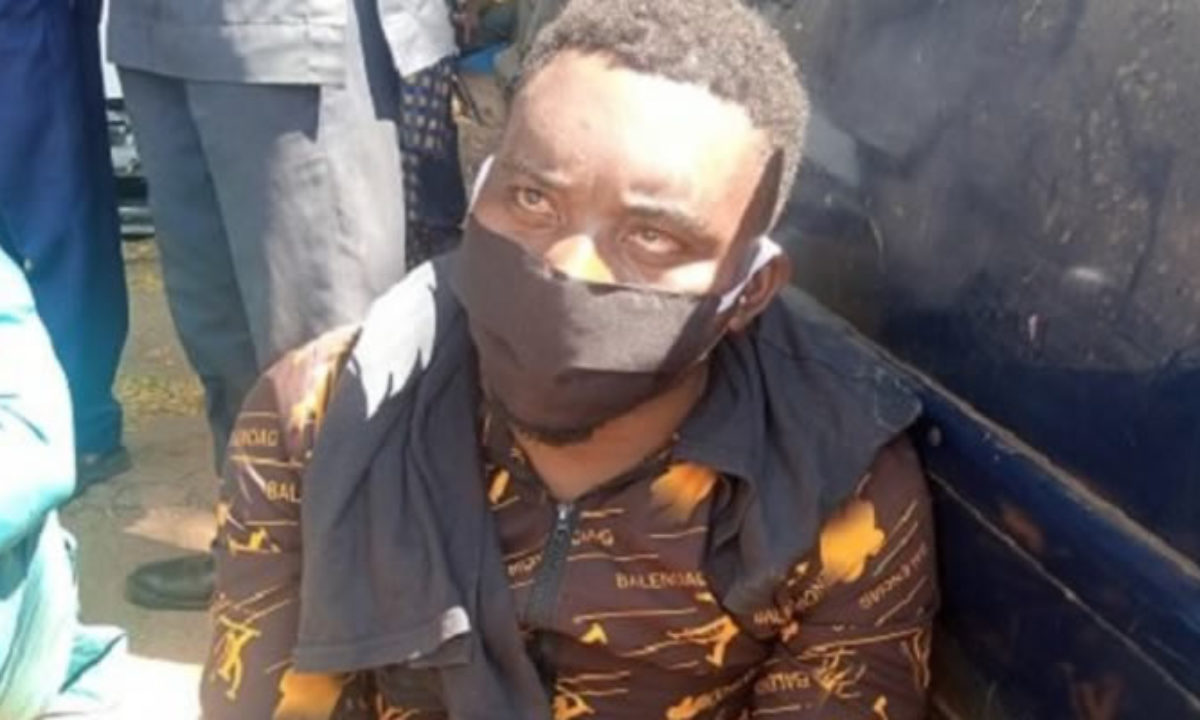 ‘Run-away-soldier’ who killed his mother in Kaduna reveals why

A 30-year-old soldier, Damilola Thompson Charles, who killed his mom, Modukpe Thompson, at their resident in Sabon G.R.A, in Kaduna State on Tuesday, December 29 has given reasons for his actions.

It was garthered that Charles who has been known for always beating up his mother at the slightest opportunity stabbed her and went into hiding before he was later arrested by the police and paraded on Thursday, December 31 by police.

Charles who confessed to killing his mother said he took his mother’s life because she was a ”witch.’

He also claimed his father abandoned his mum and siblings for over 20 years and alleged that his mother never had love for him.

“We had always had problems, there was no love. She didn’t have love for her children. So, I want to advise parents to always give assistance to their children and speak well about them in the public” he said

“I was arrested for culpable homicide, because my mother died in my hands while fighting with her. We were fighting as a result of spiritual dispute; I saw her turning to a serpent severally at night, so, it angered me.

“She was even appearing and disappearing. And when I went into her room, I saw her with a 10 year-old boy running around her. That was what led to the fight,” he said.

Further investigations showed that the soldier absconded from duty but he was claiming he’s on a sick leave.

“I am presently on sick leave, because am incapacitated, I was injured, I fell during an attack in Maiduguri. I am not a dismissed soldier, I am still serving.” he said.

”February this year, I was hustling to pay rent” – Neo celebrates moving into his own house

Author Beta Gist Naija StaffPosted on August 31, 2019
Shops owners in Abakpa main market numbering over one thousand Friday launched a massive protest over the closure of their market by some alleged...
Read More

Author Beta Gist Naija StaffPosted on December 31, 2019
The National Association of Nigerian Students (NANS) has called for the release of Agba Jalingo, a journalist, charged with treasonable felony among others, from...
Read More

Author Beta Gist Naija StaffPosted on October 1, 2019
The Independent National Electoral Commission, INEC, says it will not extend the Sept. 30, deadline for the collection of Permanent Voter Cards (PVCs) in...
Read More