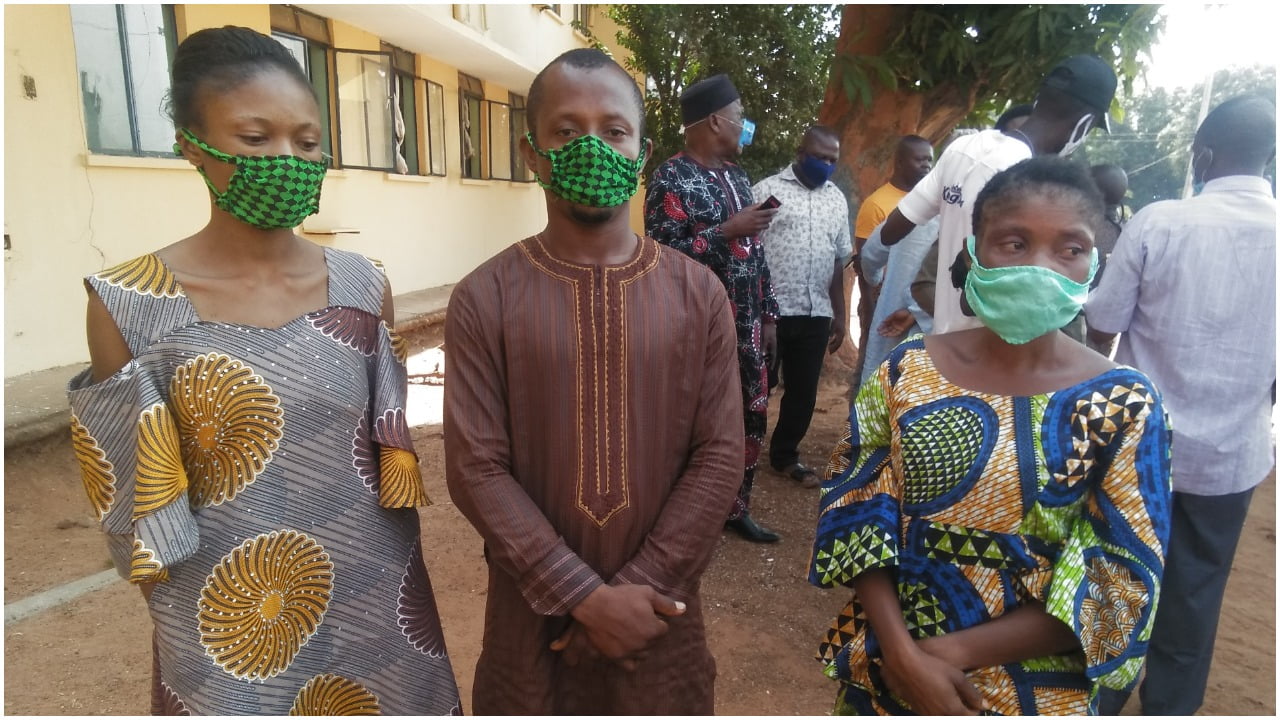 Teacher fakes her own kidnap in Kwara to extort N250, 000 from her father

The police in Kwara state have arrested a 24-year-old teacher, Medinat Ibrahim,  for allegedly faking her own kidnap just to extort N250, 000 from her father.

Medinat, who was paraded alongside two other suspects identified as Amudalat Wahab (30) and Hammed Lekan (28) said she committed the crime to raise money to settle a debt which accrued from the monthly contribution at the private school where she serves as a teacher.

She alleged she was maltreated by her stepmother who also caused friction between her and her father, adding that she decided to fake her own kidnap to get money to offset debts she incurred during COVID-19 lockdown.

I teach in a private school where I was paid N15,000. We organised monthly contribution which I collected and invested in a business, but when COVID-19 broke out, our salary was stopped, I could no longer continue with the contribution.

“Those who were in the group continued to mount pressure on me to pay up my own contribution and there is nowhere that I could get the money. So I decided to go and hide in my sister’s place and I told someone to call my father on phone that I was kidnapped and demanded a ransom of N250,000 which was paid to my friend’s account.” she said

Parading her before newsmen, the state Commissioner of Police, Muhammed Bagega, said Medinat conspired with her elder sister, Amudalat Wahab, and one Hammed Lekan to arrange her kindap and they have both been arrested as well.

The CP said a bank account, belonging to one Hammed Lekan, was used to cash the N250,000.