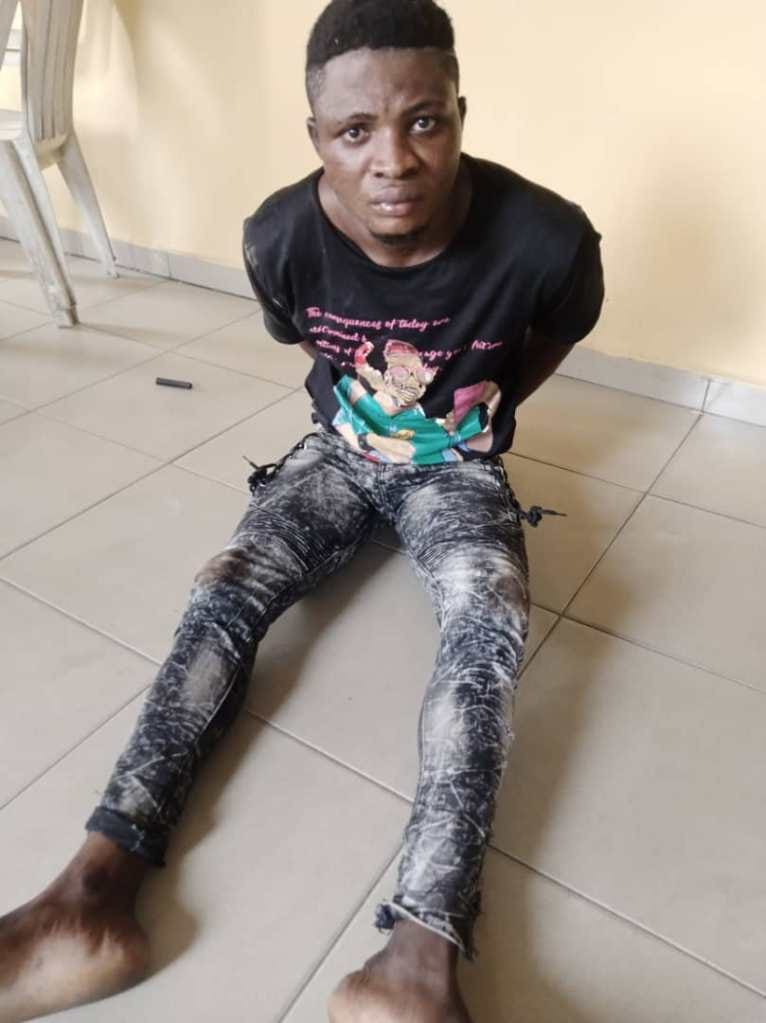 A vigilante group has apperehended a member of a 3-man robbery gang that allegedly molested and robbed worshippers at Okporo in Rumuodara, Obio/Akpor Local Government Area of Rivers State.

It was gathered that the suspect identified as Ndubuisi Igwe aka SS Chief and his gang were allegedly robbing worshippers returning from Crossover service in the early hours of Friday, January 1st, 2021.

President of the Rumuodara Youth Association, Comrade Frank Nzube Wel, who confirmed the incident said he received a distress call about the incident and immediately mobilized members of the Vigilante in the area.

“On getting to the scene. The suspects who were armed with Ak 47 rifles shot in the air to scare them and made way for their escape.”

The suspect was arrested at the scene while his gang members who were with the AK 47 rifle managed to escape.

The suspect has been handed over to the Okporo Police Station in Rumuodara. A locally made pistol with two cartridges were recovered from him.

Author Beta Gist Naija StaffPosted on October 23, 2019
Manchester City winger, Raheem Sterling, has said he needs to score 50 or 60 goals a season, to be compared to the likes of...
Read More

Author Beta Gist Naija StaffPosted on October 8, 2019
Nigeria’s senior women’s team will miss the Olympic Games for the third time in a row, after losing on away goals to Cote d’Ivoire...
Read More

Author Beta Gist Naija StaffPosted on April 12, 2019April 12, 2019
Nollywood actress and proud mother of twins, Funke Akindele-Bello who welcomed her twin boys back in December shared these new photos via her...
Read More

LaLiga: Why Messi can terminate his Barcelona contract from next year

Author Beta Gist Naija StaffPosted on September 6, 2019
Lionel Messi may be contracted to Barcelona until 2021, but the he has the option to walk away at the end of this season,...
Read More