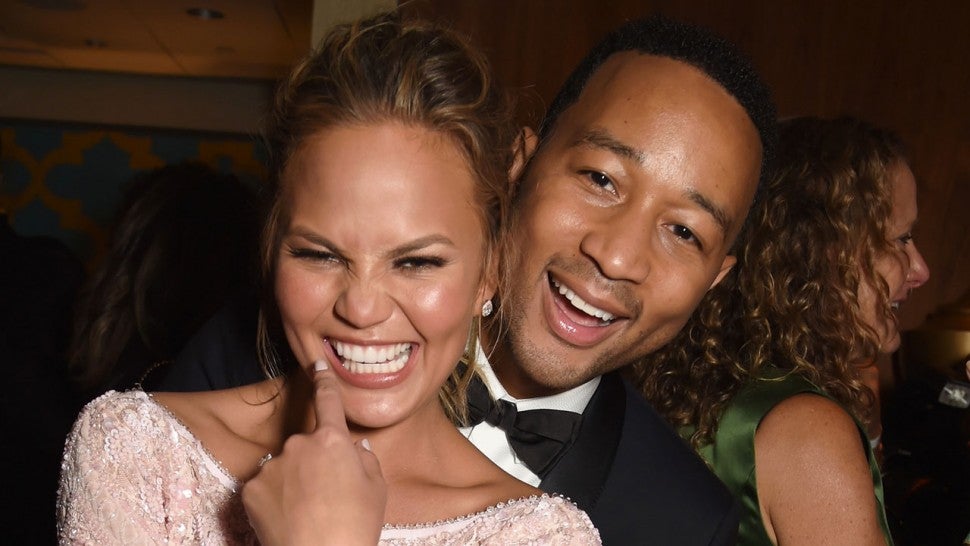 Chrissy Teigen has revealed that she and her husband, John Legend have had sex at a host of ‘strange’ places, the Democratic National Convention and a public plane inclusive.

The supermodel and mum made the revelations to TV host and comedian, James Corden during a game where she could either reveal the strangest place she’s ever had sex — or eat “bull penis.”

And she chose the former.

“… One time at the Grammys I had said, ‘We had sex at that Obama thing.’ And that came out wrong, because what I actually meant was, it was that Obama thing, but wasn’t like with them or near them … I believe it was at the DNC, actually,” she said on “The Late Late Show.”

She said they had sex in the bathroom but that’s not the only public place they have had sex.

Teigen, 35, also revealed other places she has gone down with Legend, 42.

“It was a while ago. I mean, I can fire these off if you want, I can say [clothing stores] Ron Herman, Fred Segal, boom, boom, boom,” she added.

“On a plane. Not even private, James!” Teigen added. “Public.”

“A girlfriend who doesn’t take your cash is a witch who is attempting to kill you after one month.” -Pastor Eastwood Anaba says

Author Beta lensPosted on February 12, 2020
Pastor Joseph Eastwood Anaba of the Fountain Gates Ministry in Ghana has made a bizarre statement about women who do not ask for money...
Read More

Author Beta Gist Naija StaffPosted on August 3, 2019
The Nigerian Air Force on Friday said it neutralised more terrorists in Alafa, Borno state while their hideouts have been destroyed by airstrikes. Its...
Read More