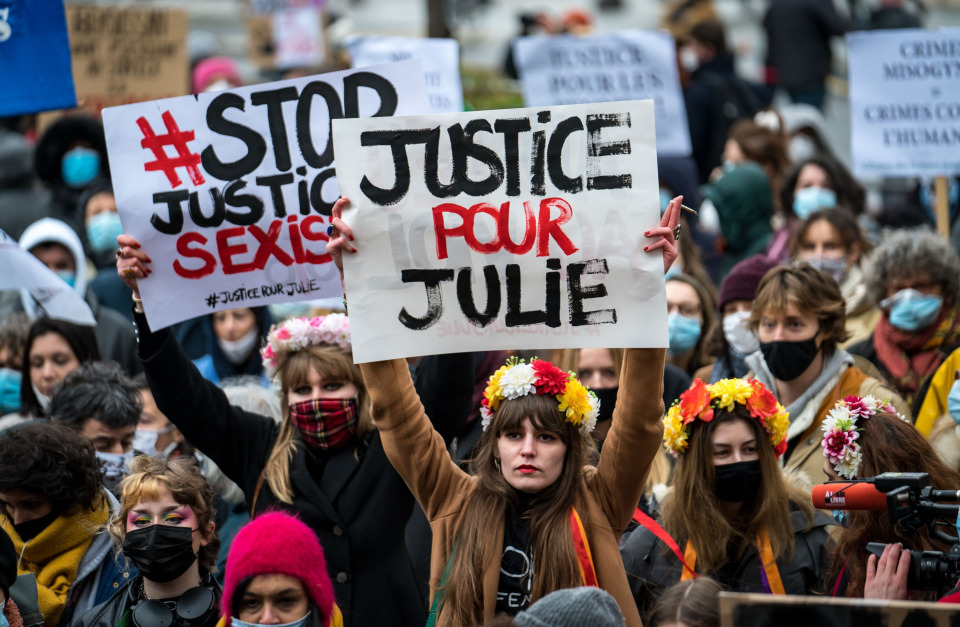 Fury as 20 firefighters who had sex with vulnerable schoolgirl, 14, are found NOT GUILTY of rape by French court

There is outrage across France after 20 firefighters who had sex with a vulnerable 14-year-old girl were found not guilty of rape by the country’s Supreme Court.

Despite a lengthy battle for justice by the victim and her family, the supreme Court issued its ruling yesterday, March 17.

Julie now aged 26, says in court documents that 20 firefighters had sex with her when she was aged between 13 and 15 in her house, in the fire station and in a hospital toilet.

She eventually told her mum, who reported it to police and although no action was taken against 17 of the firefighters, three of them were charged with sexual abuse.

Her mum told BFMTV the firefighters called her daughter the “coch”, or “slut” and had her phone number posted in their barracks in Paris.

In an earlier court ruling, magistrates refused to prosecute the firefighters for rape after deciding Julie had not been forced to have sex with them and was “provocative and flirtatious”.

Julie then took the case to the Supreme Court, arguing her age, health problems and medication she was taking that made her lethargic which means she could not be considered to have consented to sex.

Judges have now dismissed her case, ruling that “the victim had the necessary discernment” and there was no proof she had been obliged to have sex. 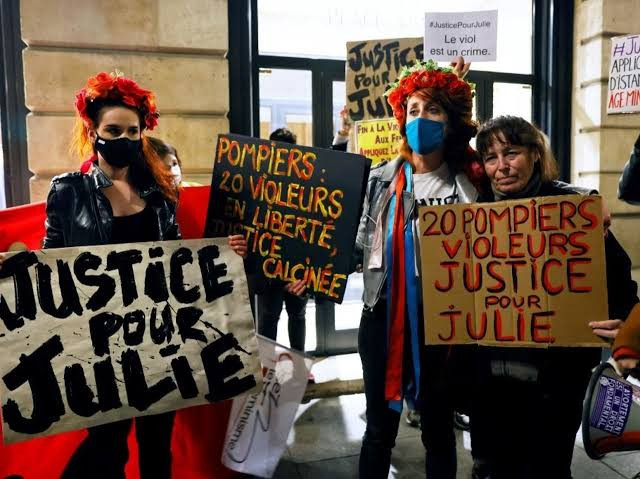 The ruling comes despite a new decision by politicians in the country to create a new law setting age of consent to 15.

With the new law, adults who have sex with children younger than 15 are prosecuted for rape.

But before the the law is passed in France, there needs to be proof sex with an under-18 was non-consensual in order to obtain a rape conviction.

Julie’s mum Corinne Leriche says her daughter was let down by authorities and the legal system after years of abuse by the firefighters who treated her as a “sexual object”.

“[The judgement] validates a false vision of the balance of power between an adult and a minor,” said the Leriche family.

“It embraces the sexist, erroneous and violent representations of sexuality and, at the same time that all of society is rising up against this archaic ideology today.

“This judgment is undoubtedly at odds with reality and with France’s international obligations.”

#JusticePourJulie has been trending since Wednesday on France’s Twitter as people have shared their outrage at the court’s judgement.

One tweeted: “Still in shock, still outraged by the decision of the court.”

Another tweeted that firefighters’ duty is to “protect” citizens.

“Knowing how to say no to sexual relations with a minor is the basis,” they wrote.

“France is losing its ethics. In order to preserve children there must be sanctions.”

A third supporter said: “What does ‘human rights’ mean for #Julie? The right to be raped from 13 to 15 years by 20 adults who will be protected by their accomplices of justice?

“Julie is a victim, she was vulnerable, justice does not understand it, we are in 2021! #JusticeForJulie.”

Author Beta Gist Naija StaffPosted on December 21, 2019
One of Nollywood’s most talked about actress and wife of business tycoon Ned Nwoko says age is not what determines maturity. Regina Daniels who...
Read More