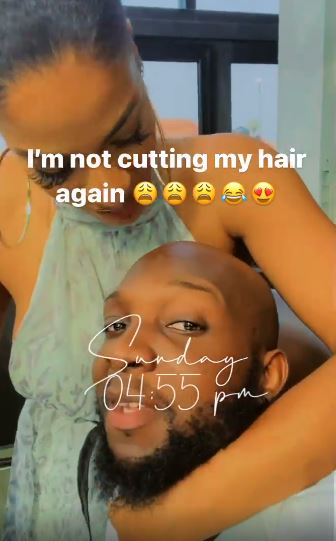 The reality TV star, Tuoyo, shared the humorous video on his Instagram story. From the video, it appeared the duo were chilling at an hangout spot when Venita made the move to lick his scalp. 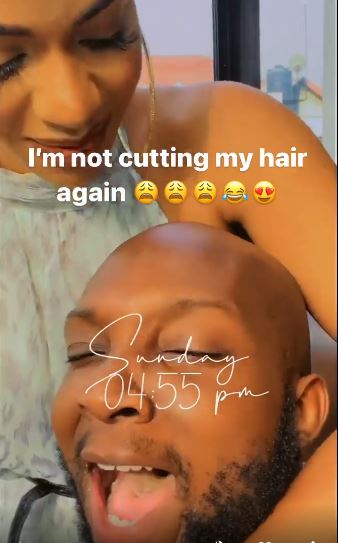 After she licked his head, Tuoyo squealed in excitement and vowed never to cut his hair again.

In other news, Former Big Brother Naija housemate, Venita Akpofure has thrown a jab back at trolls who attacked over her comments about the 2021 Headies award show.

Sharing an observation she had from the show which held on Sunday, 21st February, 2021, Venita tweeted

Her statement led to some people mocking her for saying that, only because she wasn’t invited.

And to one of them, she replied,

“I’ve been in more music videos than some artistes who have released a whole album. Are yew steewwwpid? As long as u know my name and I STILL don’t know yours. I’m as relevant as the STARS that shine in the night boo. Periodt!”

'You are the true friend I chose''- Singer, 9ice, celebrates his wife, Olasunkanmi, as she turns a year older

Lovely moment Nigerian soldiers proposed to their lovers on a highway

Author betalensPosted on January 24, 2020
Mike Ezuruonye is grateful for the gift of sight after he spent 8 hours undergoing surgery to fix his eyes.The actor revealed he had...
Read More