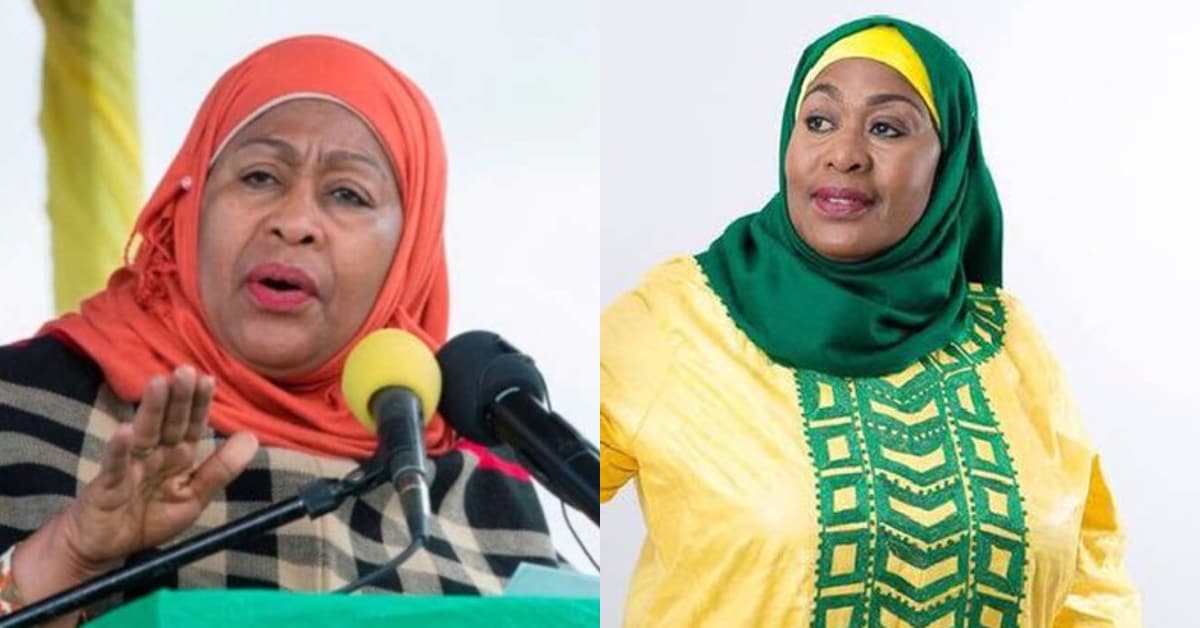 I kneel and submit to my husband – Tanzanian president (Video)

President of Tanzania, Samia Suluhu has received commendation after a video surfaced on social media showing the moment she said admitted to submitting to her husband.

According to reports, Samia spoke at a past gender function, saying that despite the powerful position she occupies, Hafidh Ameir remains her husband and head of the family..

Speaking in her native language, the president opined that as part of their roles in a family institution, women are supposed to submit to men as an act of love whilst men also shower their love on them.

Her words when translated reads:

“Some of you will say we are equal in all aspects of society, No! That’s not the right position. Even as vice president, I will kneel before my husband. I don’t kneel because I am inferior, it’s because of love and affection

“Don’t leave this tradition so we can strengthen the bond of our families and bring up our children through good manners.”

You got to love President Suluhu ☺️
she is a woman of valor … bravely and faithfully giving hope to the world with insistence and respect to the family institution,she says submission ain't a sign of inferiority but " huba na Mapenzi"#AkissForSuluhu pic.twitter.com/YYHk9WiB4q

Samia became President of the Eastern African country following the death of her principal, John Pombe Magufuli on Wednesday, March 17.

She had served as vice president since 2015.

Who CGPA epp, mine was low, now I make my lecturer’s salary in a week – Man says

Author Beta Gist Naija StaffPosted on January 12, 2020
While Burna Boy cemented his throne as the new king of afrobeats with his second successive win for African Artist of the year, Naira...
Read More

Anthony Joshua advised on how to beat Andy Ruiz in rematch

Author Beta Gist Naija StaffPosted on September 12, 2019
British fighter, Anthony Joshua has been advised by his trainer, Robert McCracken, on how to beat Mexican fighter, Andy Ruiz in their rematch scheduled...
Read More