A Nigerian lady with the name, Ego Oyibo has publicly celebrated the end of her marriage as she’s said she’s “ready to party” after the finalization of the divorce. 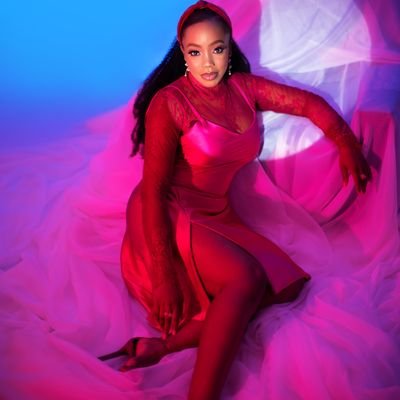 Ego took to her Twitter page on Friday, March 19, to announce the completion of her divorce proceedings.

Sharing dancing gifs, Ego thanked the Lagos State High Court for being instrumental to ending her marriage while adding that she is now ready to party.

She wrote on her page,

“Lagos state high court. I thank you o!!” she added. 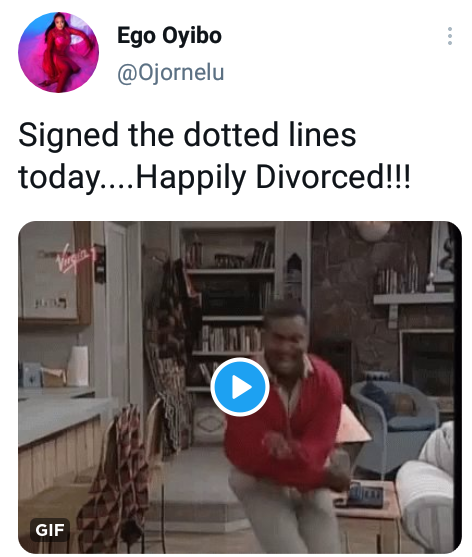 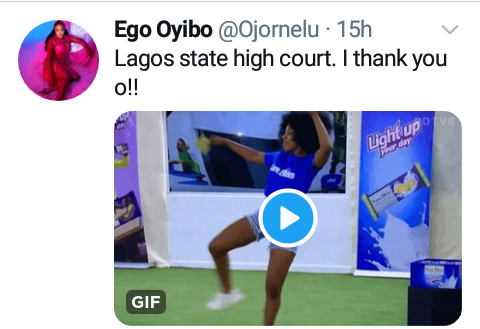 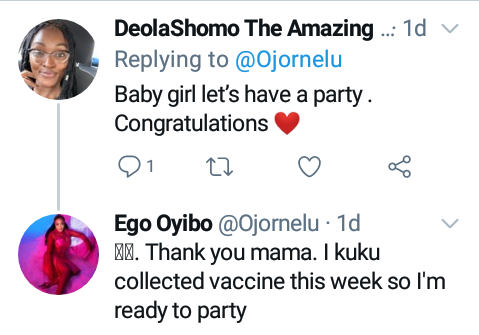 Monarchs drag Fayemi to Court over appointment of Chairman

Author Beta Gist Naija StaffPosted on August 11, 2019
Some aggrieved monarchs have instituted a suit against Ekiti State Governor, Dr. Kayode Fayemi over the appointment of the Alawe of Alawe Ekiti, Oba...
Read More

United state govt shuts down its embassy In Lagos

All issues have been resolved – Temmie Ovwasa reconciles with YBNL boss, Olamide