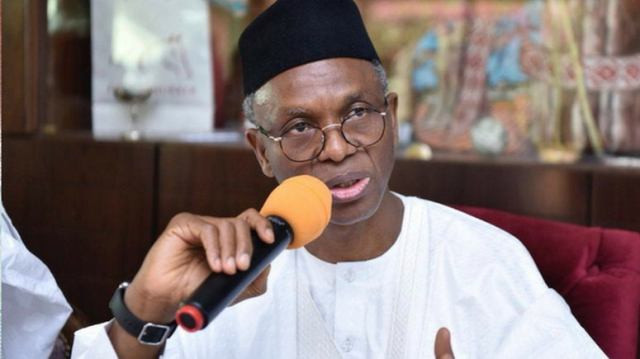 Kaduna state governor, Nasir El-Rufai has once again restated his position to never negotiate with bandits and kidnappers.

Following the repeated attacks by criminals in some parts of the North, there have been calls by some Nigerians for government to negotiate with the criminals so they can lay down their arms. Cleric, Sheik Gumi, has been championing the calls for negotiations with bandits as well as granting them blanket amnesty.

Speaking at an expanded meeting of the state security council today Tuesday, March 17, Governor El-Rufai said his job as governor is to enforce the law and help to prosecute people who commit offenses, and not negotiate with criminals like bandits.

“We will not engage with bandits or kidnappers. Private citizens like clerics and clergymen can do so in their individual capacities, to preach to them and ask them to repent. We also want them to repent but it is not our job to ask them to do so” he said

On the best way to solve the farmer-herder clashes, cattle rustling, and banditry in the region, Governor El-Rufai said nomadic herdsmen should live more sedentary lives in order for them to be more productive and give their children education and access to better healthcare”.

He also said the state government is implementing a ranching project in Damau Grazing Reserve, Kubau LGA and that the project will enable the herders to raise their cattle in a facility with pastures, a school, and primary healthcare center, with a commercial partner ready to buy their milk.

Radio OAP, Kelz uses his drone to track down a laptop thief (video)

Author Beta Gist Naija StaffPosted on November 29, 2019
Some mothers have been alleged to be bleaching their kids thereby endangering their lives and predisposing them to ailments. Kate Kenshaw Ace Nollywood actress,...
Read More

Author Beta Gist Naija StaffPosted on October 1, 2019
The Governing Council of the Lagos State Polytechnic (LASPOTECH) Ikorodu, has dismissed five staff of the institution for various offences that contravene its conditions...
Read More

Author Beta lensPosted on August 25, 2020
Nigerians react to viral video of a woman’s long hair entangled inbetween the wheels of bike she was riding in (Photos/Video)
Read More