A video making the rounds on social media has capture two lovers engaging in a heated argument inside a room. 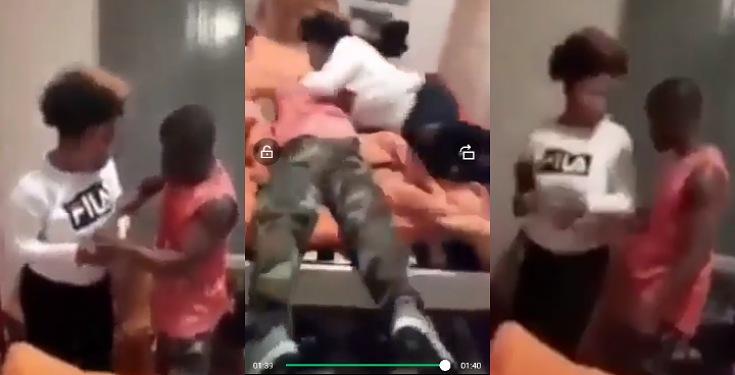 According to the boyfriend, he got a new phone for his babe, and found out that she saved his number with “big head” and saved another man’s number with “my love”.

The lady however denied being a cheat, and claimed the man she saved his number as “my love is her brother.

The man didn’t believe her as he quickly got hold of the phone and smashed it, which led to a physical fight between them. He claimed he bought the phone for her four days ago.

Dencia Defends Carpenter Caught with ‘Charms buried’ In His Shop

Author Beta Gist Naija StaffPosted on May 18, 2019
A viral video showing a man burying fetish items in his shop in order to attract more customers has sparked a debate on social...
Read More

Author betalensPosted on January 11, 2020
Blockbusting Sugar Rush Movie, which just hit the cinemas this past Christmas has reportedly been banned from being shown across Nigerian cinemas. The movie...
Read More