Author, Maazi Ogbonnaya, narrates the journey of his writing in Igbo language, how he was mocked for wasting his life down an unproductive career. 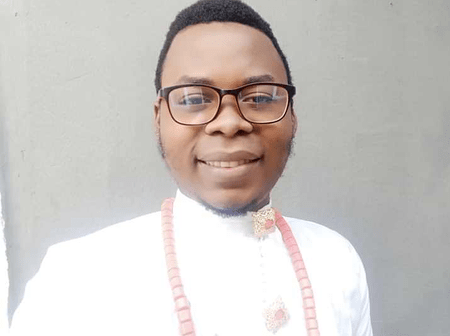 According to the Igbo writer who was passionate about the language, secretly enrolled himself on the course, sponsored himself with a loan after his family abandoned him for not studying law or medicine in the university.

Today, Maazi Ogbonnaya has over 25 published book, worked with BBC, UNESCO and other top industries all by following his passion. 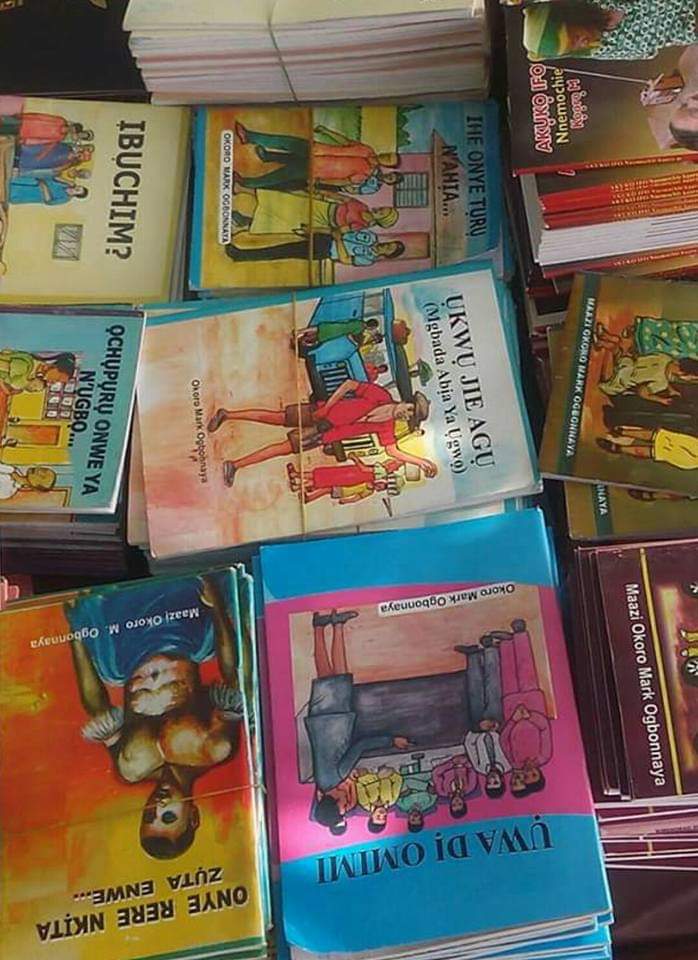 Read his full story below …

“I wanted to read Igbo language in the university. I knew I was going to be discouraged by family and friends who thought I should be studying law, I hid the plans to myself. I was in SS3 and decided to write JAMB as well. I had to do some work for people, get paid and saved up.

The idea was, asking for money from anyone for JAMB form would result into question of the course I was going to study in the university. In that case, I must do it myself. My age was 17. The passion I had for Igbo language was burning like fire. I had written over 15
manuscripts then in Igbo. I must read Igbo in the university.

I left home for another Local Government Area where no one knew me just to register for a JAMB. The computer operator saw what I filled in the form: Igbo Language first and second choice. He looked at me.
“Boy, what are you doing? Do your people know you are going to study Igbo in the university?”

“Ọga, am I not going to pay you? Do your job and ask no more questions”.

He shocked. He told me there was no Igbo Language course but Linguistics and Igbo.

“So far there is Igbo
no problem”.

Before he submitted my application, he started educating me how the language is not lucrative and how people will laugh at me. That I look brighter and should channel my energy to profitable course like law.

“Ọga, please submit. Enough of this”.
“You are too bold. Do you have advisers at all?” he asked.

He clicked the submit button. Exactly what I wanted. I paid him and dashed out.

On the exam day, I was the only candidate who sat for Igbo subject in my center. People were laughing at me. Seeing me like a fool.
I went into the Hall and cleared my papers. The subjects: Igbo, English, Literature and Government.

I went to Nsụka for my Post UME, remember I didn’t tell anyone. Not even my family. I was laughed at by many students who’d ask my colleagues the course they’re going for:
“medicine and surgery. Law. Engineering”.

When the same question was being directed to me, my colleagues (Jambites) would start laughing at me before I pronounce it:

In my exam Hall, only me sat for Igbo subject too.
During that period, I had started meeting Igbo professors like Professor Inno Ụzọma Nwadike who would later became my mentor and academic project supervisor.

I got admitted. Our names on Daily Sun for the merit list. That was when my family members knew I had been admitted.
I met them for money to pay my fees, met everyone I knew but no one wanted to invest into an unproductive course. I just turned 18 then. I was told to go back and take another JAMB and go for Law or other courses. I refused.

I was left in my own world of conviction. I left for
Nsụka. I said to myself, with or with nobody I will graduate with this course. I started making journeys for my Igbo books. Meeting every publishing companies. I got rejected many times. Many believed I was too young to write something people would read. I had to borrow money
and self published my first novel: “Nwata Tichaa Akị Tụfuo Nkume…”. I started going from schools to schools to sell the books but met rejection from school principals and owners of schools who would laugh at me and tell me to go find my life. Some flung my books at me
warning me never to step into their schools again. “E ji Igbo eje ebee?”.

I was devastated but I kept pushing. Not until a day my book was honoured at a Language conference by some professors. I was made to sit on the high table with my HOD, Dean of the Faculty, Deputy Vice
Chancellor Academic, Professor Nọlue Emenanjọ and many more.

Two days later, Professor Inno Nwadike after reading the book recommended it to the second year students of the department, I was in my first year. Getting to second year, I published another book entitled: “Nwata Kpata Ego Okenye Ejegbuo Onwe Ya n’Ozi”.

The book was approved for the third year and second year students. Meaning I was reading my book to pass my semester exam including everyone in my class.

I published 5 books later and had a total of 10 Igbo books in my final year.
My Igbo drama text: “Ụwa Na-amịgharị Amịgharị” was approved for Master’s and PhD students offering Igbo Literature while I was still in my final undergraduate and some of my lecturers undergoing postgraduate program then used the book for their exams.

Upon graduation,
I released many books in Igbo which are approved by the Enugwu State Ministry of Education, Ebọnyị State, Anambra State, Imo State, Abịa State and Delta State for Junior WAEC exams and other secondary school classes. My Igbo books were used for GS in different colleges of education even Anambra State University.

Now I have over 25 published books in Igbo and total of 58 published and unpublished manuscripts in Igbo Language.

Translated the BBC guidelines in Igbo before the launching of BBC Igbo Service; translated Igbo for the UNESCO; obtained more certification from the Newcastle University UK and the University of the West of Scotland where I used Igbo for my project in translation and movie Subtitle.

Now, those who laughed at me are going everywhere telling people how they know me and are proud of me. This story comes as a push to tell us that no matter what people look down on, determination and consistency bring more opportunity.

I keep saying, I don’t and will never regret ever going to the university to read Igbo Language. It’s the best decision I made for myself. Funnily Igbo Language trained me in the university and paid all my fees and upkeeps. The same Igbo language I was told would take me nowhere paid my University school fees and set me on the track of everything I have achieved and still achieving. Life is somehow.

I wanted to read Igbo language in the university. I knew I was going to be discouraged by family and friends who thought I should be studying law, I hid the plans to myself. I was in SS3 and decided to write JAMB as well. I had to do some work for people, get paid and saved up.

Couple get married after eight months of knowing each other. (Photo)

Author Beta Gist Naija StaffPosted on September 1, 2019
When people objected to the appointment of Mrs. Amina Zakari as head of INEC’s committee that would be in charge of the “secretariat for...
Read More

Author Beta Gist Naija StaffPosted on December 6, 2019
A student has lost his hand following an explosion rocks a school in Ebonyi state during the break hour. File photo According to a...
Read More

Eyewitness account of How Sowore was abducted by DSS

Author Beta Gist Naija StaffPosted on August 3, 2019
At around past 1am, the armed men knocked on the door. I noticed immediately that these knocks were strange. And didn’t open. I looked...
Read More

Gloria Akuffo: I Had My Children With People’s Husbands

Author Beta Gist Naija StaffPosted on April 27, 2019
Ghana’s Attorney General and Minister of Justice, Gloria Akuffo, has revealed that she had her kids with people’s husbands. Gloria Akuffo who revealed that...
Read More