Twitter user @afronellz has shared a conversation between a married man and his fellow man who is allegedly having an affair with his wife.

From the chat which was shared on Twitter, the married man, identified as Samson confronted his wife’s side lover for allegedly having an affair with his wife.

He warned him to stay away from his wife, and quit whatever business they have between themselves.

However, the wife’s alleged side lover, refused his demand, and asked him what will happen to his wife, whenever he’s out on a business trip. He also demanded for money. 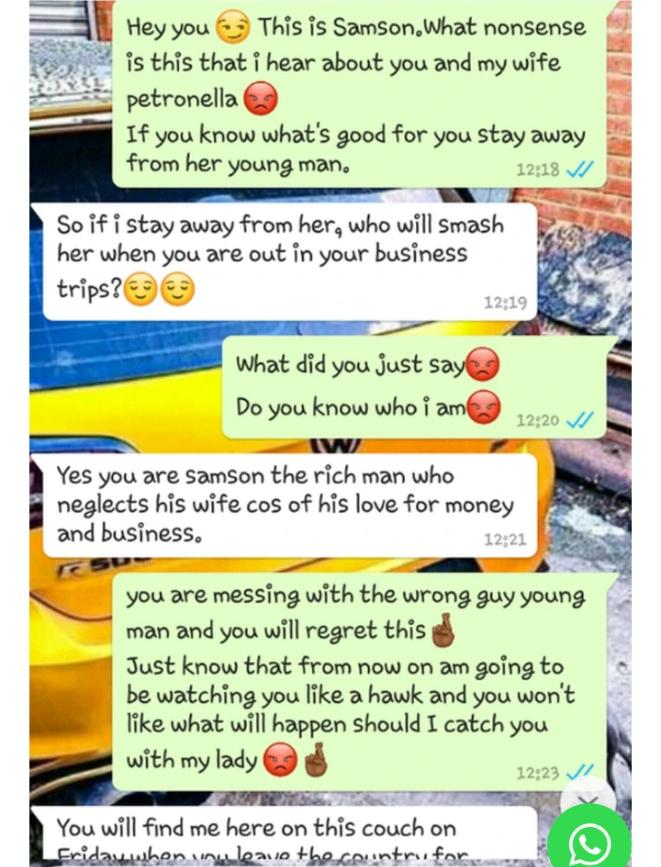 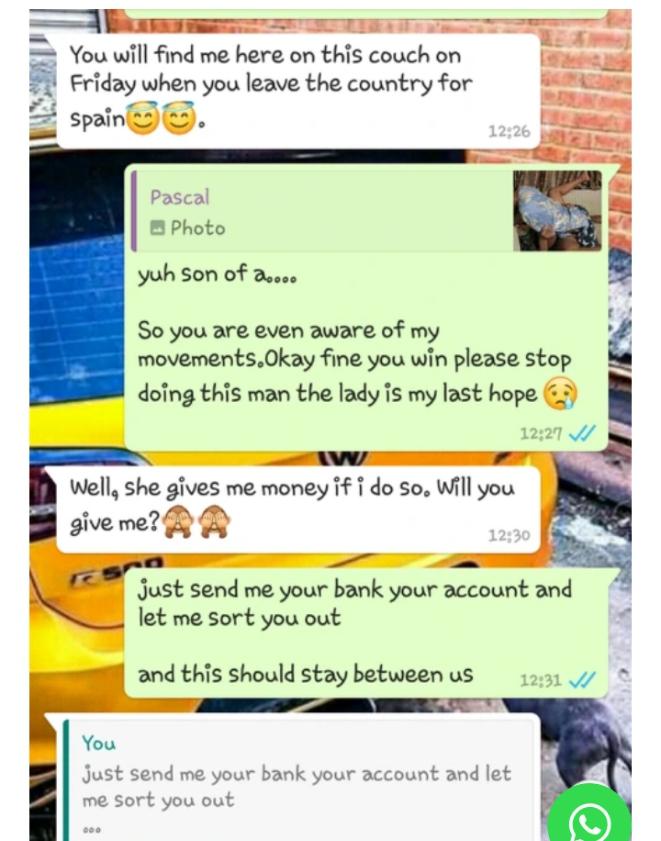 Stop giving me home-work, I have chores doing at home and you are making the situation worse – Primary 5 pupil writes letter to her school teacher

Author Beta Gist Naija StaffPosted on September 15, 2019
Osun State Government has sacked civil servants involved in acts that breach the service’s rules and regulations. A statement signed by the Head of...
Read More

As Emir, he spent N37m on phone calls, N152m on furniture and N200m on cars – Omokri accuses Sanusi of living lavishly while abandoning his people