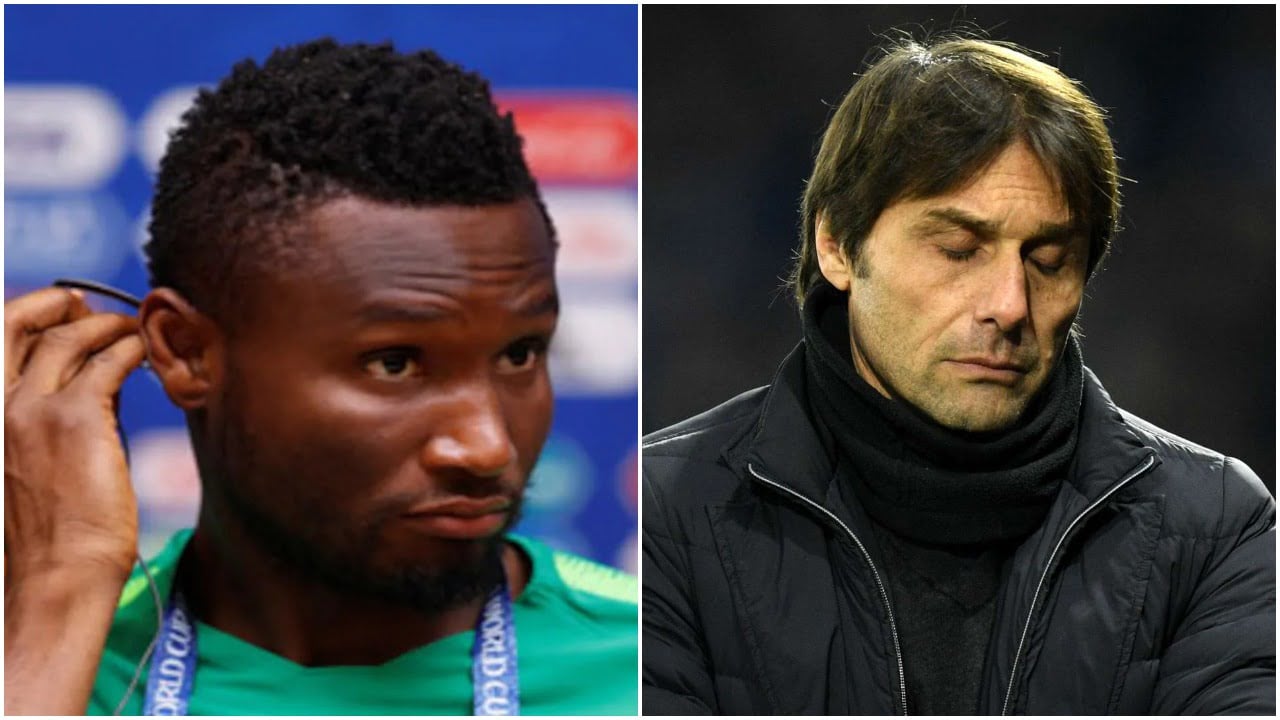 Nigerian footballer, John Mikel Obi, has revealed how Antonio Conte ended his career at Chelsea because he chose to represent Nigeria at the 2016 Olympics.

Mikel, 33 said he snubbed Conte’s threats and went to the Rio Olympics, helping Nigeria win a bronze medal and in the process, permanently damaging his relationship with the Italian coach.

“I had been called up by my national team to play and it was a dream,” Mikel told The Athletic.

He added; “It’s a dream for anyone to go to the Olympics. Yes, as players we want to win the Champions League and the World Cup, but the Olympics is a massive tournament.”

“This guy [Conte] who has just walked in the door for five minutes is telling me I had to choose.

“He was saying, ‘If you do that, you won’t be a part of this team’. I spoke to the club and told them that I wanted to go. The club respected me because of what I had done for them and how long I’d been there.

“So off I went and I felt punished for that. I came back and I didn’t make the squad. I was never in the squad list on matchdays again.

“The funny thing is, just before the January window was going to start, he came up to me and said ‘I want a meeting with you’. This was after making me train on my own for months, treating a player who had been at Chelsea for a long time like this!

“When he tried to meet with me he was like, ‘Let’s try and make up, I will need you in the team, let’s squash this, blah, blah, blah!’. I was like, ‘Are you joking?! Are you f*cking serious?!’ He knew I wanted out. I stood up and walked out of the room. You can’t disrespect a human being like that.

“I couldn’t wait for the window to open to get out. I was talking to the hierarchy and explaining that I would definitely have to go. They agreed, they understood.”

After the bust up, Mikel within months went to China on a free transfer joining Tianjin Teda.

He spent two seasons with the club before returning to England with Middlesbrough. He then joined Turkish outfit Trabzonspor in 2019 but left months later after being forced to play football despite the Coronavirus pandemic.

Mikel then signed a one year deal with Stoke City in August 2020 and has been a key figure for the club, starting 28 games in the Championship.

Author Beta Gist Naija StaffPosted on November 26, 2019
The Federal Government on Monday, said items estimated at N3.5 billion have so far been apprehended with the partial closure of its land and...
Read More

Author Beta Gist Naija StaffPosted on October 24, 2019
A psychiatrist, Dr Maymunah Kadiri has advised married women to have regular sex with their spouses in order to prevent depression and gain happiness....
Read More

Serie A: Zlatan Ibrahimovic compares himself to ‘God’, gives reason

Author Beta Gist Naija StaffPosted on January 12, 2020
AC Milan striker, Zlatan Ibrahimovic has stated that he celebrates like a ‘God’ every time he scores a goal because it makes him feel...
Read More